Presidents, articles and pronouns: from Kamala Harris to Giorgia Meloni

"For proper information, it is announced that the appellation to be used for the President of the Council of Ministers is: Mr. President of the Council of Ministers, Hon. Giorgia Meloni.". With these words, circulated in an official statement from the Prime Minister's Office, the new Palazzo Chigi secretary general, Carlo Deodato, clarified regarding the appellation to be used when addressing Giorgia Meloni as the fourth highest state official.

A stance that came about in part as a result of the numerous controversies raised by the left wing of Italian politics and media, which challenged her for renouncing her affiliation with the female gender. "For us, she will be la Presidente" promptly asserted journalist Lilli Gruber; "why should I not reaffirm my femininity, my being a woman and be called La Presidente?" wondered MP Laura Boldrini; and so on, in a copious stream of statements, tweets and memes ranging from the mocking to the livorous.

All according to the script, one would say, there is nothing surprising in the fact that from the left they are trying to play every possible card, even the lowest, against an opponent who day by day seems more and more tough. Yet something does not add up. Or rather, there may be more behind such a choice than a clear stance.

To best frame the issue, we need to take a step back into the very recent past and a leap across the Atlantic, exactly to Washington, D.C. on July 26 this year when, at a meeting, Kamala Harris opened the proceedings by beginning, "I am Kamala Harris, I am a woman, my pronouns are 'she' and 'her,' I am sitting at this table and I am wearing a blue dress."

Leaving aside the part about the color of the dress, emphasized by Harris to be "as inclusive as possible" to the rest of the roundtable participants (all from different disability communities), it is good to address instead the part where she indicated what pronouns were appropriate for her.

At first glance, the statement's banality might raise a smile, but on closer inspection it is the perfect adaptation in politics of woke ideology, that is, that set of ultra-progressive theories and practices aimed at redefining social and political arrangements. A phenomenon perhaps not immediately recognizable, but one that jumps much more readily to the eye if one imagines, for example, that it was a biologically male who said the same things. In the example case, the juxtaposition of two objectively verifiable truths, such as wearing a blue dress and being seated at the table at that moment, with two non-truths, namely claiming to be a woman with feminine pronouns, would instead show such a strange statement for what it is. A technique apt to force the level of understanding, to equate an objective reality and a personal perception of reality, and make them the same thing: just as it is true that he is there at that table dressed in blue, it is equally true that his pronouns are feminine and that he is a woman.

In other words, what Kamala Harris has done is nothing more than acting on one of the cardinal principles of wokeism, perhaps the most important one, namely that which wants all human bodies to be ontologically insignificant and equally indistinguishable from one another, whether biologically male or female. An idea developed within the theoretical framework of gender studies, one of whose goals is precisely to allow anyone to identify as a woman/man/male/female based on what he or she feels he or she is at that moment. The same principle, to be understood, that underlies the well-known Zan Bill. And it is precisely on this point that, on the left, the ground is beginning to get slippery.

Indeed, when read in this light, what else would a woman's request to address her through the use of words afferent to the male gender represent, if not a powerful transfeminist statement? And again, how can genuinely progressive political figures put up strenuous resistance without risking uncovering that woke Pandora's Box on which stands the elusive, Hamletic question: what is a woman? And here we come to the point, to the paradoxical conclusion arrived at, let it be clear, without the shred of evidence. Perhaps Giorgia Meloni has taken a liking to it, and after becoming the first woman President of the Council - stealing the dream from an army of leftist politicians on the pink quotas - she now plans to beat them at their favorite game and according to their rules. Who knows if this is really the case, if it really occurred to someone on Fratelli d'Italia's Via della Scrofa to use one of the favorite techniques of progressive wokeness, such as the arbitrary choice of names and pronouns, conscious of feeding that big, if creeping, short-circuit that exists on the left on certain issues.

In short: why Kamala Harris yes and Giorgia Meloni no? An answer may never be forthcoming, but the fact remains that that Pandora's Box is there teetering on the coffee table of progressive gatherings, perilously close to spilling its load of absurdities, unfoundedness and contradictions. 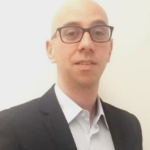 Bachelor's degree in Communication, Publishing and Journalism (Sapienza University of Rome), Master's degree in Business Communication (University of Salerno), postgraduate course in Economics (University of Parma). He deals with marketing and business development in Italy for a small foreign company. Passionate about sociology, media and politics, he studies the emerging cultural and subcultural phenomena among young westerners.