On Nov. 4, Hungary commemorated the 1956 Budapest uprising against Soviet oppression and its bloody suppression. Those who remember the tragedy of history pay tribute to the heroes who took up arms and cornered the Soviet Union that occupied the country through a puppet government. It was an ephemeral hope that lasted only a few days before Moscow sent in tanks to suppress the desire for freedom with its usual brutality.

The revolution failed, but the flame had been lit. Hungarians were the first to shed blood to condemn the sinister reality of Soviet totalitarianism. They planted the seeds of the Prague Spring of 1968 and encouraged the Gdansk shipyard workers whose strike marked the beginning of the end of the communist nightmare. Hungary was a pioneer. The country felt early on that the winds of history were not blowing in the direction that others took for granted.

It was right against all odds, it saw the grass grow before others, it looked at the moon when others were still looking at the finger. This seems to be the fate of the country and in general of Central Europe, whose geographical position between East and West and tragic past have endowed it with a geopolitical sixth sense and the ability to resist the onslaught of those who, for the sake of convenience, interpret the present in the ephemeral light of ideology.

Dogma, sentimentality, slogans and short-termism: an infallible recipe for historical failure, but also (tragic paradox) the modus operandi of the West, which is so eager to end history that it insists on killing itself over a slow fire. In an age of confusion and cacophony, Hungary's voice remains that of the sentinel, watching and warning. Orbán watches the world with the clarity of his ancestors, takes on the thankless role of perceiving existential threats in times of amnesia, and makes accurate diagnoses when others indulge in moral posturing. Cassandra to the blind, prophet to the prudent: for twelve years, the Hungarian prime minister has been putting his finger on a series of sores that show the blindness of the political and media elite.

READ ALSO
Orban doesn't win: he triumphs. That' s why

Orbán has a broad strategic vision and the energy to turn ideas into concrete and ambitious policies. In 2015 he was the first to speak out against Europe's blindness on migration. Over the past decade he has implemented family policies that have little in common with those of the Nordic countries, focusing not on "equality" but on birth rates. Its political compass is to defend the interests of the vast majority of fellow citizens from supranational obsessions, the agendas of urban elites, and the whims of newly conceived minorities. And finally, on every battlefield, he fights a war of ideas, fearlessly challenging what the hegemonic Left considers its exclusive prerogative.

This is a foresight and frankness for which Hungary (and also Poland) is paying an increasing price in the form of political pressure, media slander and financial blackmail.

Being a watchdog is not only a thankless task, but also a matter of courage and determination.

Qualities conspicuous by their absence among the European ruling classes, but clearly noticeable in Central Europe. Especially in Hungary, so in 1956 so sixty years later. 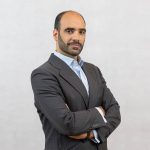 Director of the Center for European Studies at the Mathias Corvinus Collegium (MCC) in Budapest. He has several years of experience at the European Commission and the European Parliament. A graduate in Legal Studies (College of Europe, Bruges), he is an invited professor at Sciences Po Paris.