Strong concerns have spread in Italy, at least among insiders, since the social credit system was introduced in China. In practice, the behavior of all citizens is recorded by algorithms, and having shown signs of dissent to the regime can lead to sanctions or fines at best, and deprivation of basic rights at worst. Given the increasing prevalence of surveillance-related technologies and the recent dominance of technocracy over parliamentary democracy, there are those who fear that this is not a parenthesis, but a pattern that is destined to take hold here as well in the long term. Such concerns are expressed by journalist and writer Mario Arturo Iannaccone in his novel La Fuga, published as a supplement to the Catholic monthly "Il Timone." 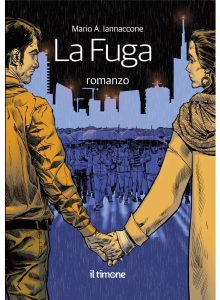 The story is set in a future Milan. The married couple Marco and Silvia Miliani live together with their two children, Elisabetta "Betta" and Matteo, in a society where freedom of expression has been effectively eliminated, where the population is divided into sorts of castes based on how careful they are about sustainable energy, politically correct language, and more generally what the government asks them to comply with. Those who more uncritically obey gain riches and privileges, those who do not comply have increasing restrictions and obligations imposed on them from above, and in some extreme cases are driven to commit suicide. Suffocated by this climate, the Milianis decide to try to escape from what is called the "Correct State" and to head to a place where they will be able to live free from this totalitarian system, having to overcome not a few obstacles along the way.

There is no shortage of references to other dystopian novels: in addition to George Orwell's 1984, many parallels can be drawn with the future imagined by Aldous Huxley in his Brave New World, where faith in technological progress had replaced religion and people's only goals were work and the pursuit of pleasure. Another reference lies in the fact that, just as Huxley had imagined a natural space that remained unspoiled, similarly in the rural Italy of the future imagined by Iannaccone remnants of the world prior to the tyranny of social credit may survive: a world with an imperfect lifestyle, but all in all better than the one born with the advent of new technologies. And just as in 1984 it was the children who were the most radicalized by state indoctrination, similarly in The Escape the young people born in the new Age take dogmas, from mass surveillance to fluid sexuality, more for granted than those who lived in the previous world.

READ ALSO
Daily Wire: when the Right bets on movies and TV series

There are also many quotes and references in the novel to events that have happened in recent years or to more or less famous people. Betta's bitter and sour teacher's last name is Lorenzin (after the former Italian health minister who greatly expanded mandatory vaccinations among the population), while the Miliani family's best friend is named Aldo Visalli, inspired by former RAI Vaticanist Aldo Maria Valli. There are also references, for example, to events that occurred following the spread of the coronavirus, as well as to the 2021 assault on the U.S. Capitol and the "shaman" Jake Angeli.

Regarding this and other events, the author seems to support the idea that they were exploited by progressives to suppress dissent by targeting anyone who did not think like them, without distinction. An idea, this one, that has also been supported by American journalist Glenn Greenwald, known for being the one who made public in the "Guardian" the documents on CIA surveillance systems leaked by Edward Snowden. After the assault on Capitol Hill, Greenwald expressed in his Substack newsletter the thesis that the Biden administration exploited the events of Jan. 6 to limit individual freedoms and increase control, in the same way Bush did after 9/11. A similar view was also argued by the president of the Centro Studi Machiavelli, Daniele Scalea, on this same blog.

In Iannaccone's novel, many parallels between the imagined future and our present appear quite disturbing. But in a sense, this is what really successful dystopian works do: scaring precisely to warn us about what might happen, and about the price we may be forced to pay if we do not react in time.