Bank Account Deplatforming: the new weapon of the totalitarian Left

Canada’s Trudeau administration said it will punish the truckers who participated in the anti-vaccine mandate “Freedom Convoy” by freezing their bank accounts. Although the United States government isn’t yet sanctioning this practice here, bank deplatforming against those who oppose leftists is becoming more and more frequent, nonetheless.

The Canadian repression of the Freedom Convoy

On Feb. 14, Canadian Deputy Prime Minister Chrystia Freeland announced in a press conference that freezing the bank accounts of Freedom Convoy participants is “about stopping the financing of these illegal blockades.” The ultimatum allowed for corporate and personal accounts to be suspended without the need for a court order. One trucker told “Fox News” that his personal bank account and his trucking business account were shut down. He said he has another business that has nothing to do with trucking, politics, protests, or the Freedom Convoy, and the Canadian government shut down that account, too. It has completely cut off his ability to make a living.

Financial deplatforming, or banking censorship, will be a common lever governments and companies reach for when it comes to censorship of political opinions. The Canadian government, especially by invoking the Emergencies Act, has ushered in a coming totalitarianism. The act, which was temporarily put into effect to crush the convoy, empowered the Canadian government, according to “Business Insider”, to “temporarily override civil rights, restrict travel, forbid public assembly, and force businesses to act without compensation.”

With companies acquiescing to the government’s wishes en masse, these practices are, frankly, mirroring those of China’s social credit system, and it should frighten us all—especially when this is happening in a Western country right on our border. But the more frightening fact is that financial services censorship has been occurring in the United States, too. Unfortunately, nothing about this extremism is surprising. It’s exactly what leftists have been calling for.

The growing partnership between the U.S. government and tech companies to cut off access to basic financial services and digital platforms is essentially our country inching closer toward a tech-enabled social credit system. Government agencies in our own country have been mobilized to classify movements to the right of leftist ideology as “domestic extremism.” This has laid the groundwork for purging citizens from social media platforms as well as banking and payment services and sets a dangerous precedent.

In a Feb. 11 letter, Minnesota Bank and Trust stated it would terminate MyPillow President and CEO Mike Lindell’s bank accounts, citing that he was a “reputation risk” for the company. Lindell was not defrauding the bank or committing financial fraud through the bank or in connection with that account. He was simply living his life in a politically active way—but in a way the bank apparently did not agree with. Whether or not one agrees with his political or personal opinions, all Americans should agree that, absent committing a criminal offense, he should not lose his ability to conduct financial transactions in the United States.

Larger instances of banking censorship in the United States include PayPal’s partnership with the Anti-Defamation League to remove accounts of individuals who “support extremism.” The accounts actually have been those of individuals tied to the Trump campaign.

The left is encouraging financial service deplatforming more often because it sees movements such as the Freedom Convoy gaining so much traction with a restive citizenry. In the U.S., the left is trying to get private industry to do the dirty work of financial deplatforming; but in Canada, the government itself is actively encouraging and enforcing deplatforming from the outset.

In Canada, many people wanted to support the Freedom Convoy truckers financially and did so through bitcoin and crowdfunding sites such as GoFundMe until earlier this month. On Feb. 5, GoFundMe blocked $10 million in donations to the truckers. Subsequently, the Trudeau administration announced that all crowdfunding platforms and their payment service providers must register with Canada’s national financial intelligence agency and report all “large and suspicious” transactions.

The attack on cryptocurrencies

Financially supporting an opinion contrary to the left’s agenda or donating money for a political cause should not deem one a “terrorist,” “extremist,” or put them on a watch list. The closure of individuals’ accounts creates a slippery slope where the government defines “suspicious activity” and the banks can casually close down accounts based on that definition.

So, the more often these financial deplatforming incidents happen, the more likely it is that people will look to cryptocurrency as their main source of payment processing. This is because using cryptocurrency cuts out the need for banks and governments to act as the middlemen between buyers and sellers and donors and recipients. Naturally, then, the next move for leftist governments has been to try to cut off cryptocurrency. Citizens looking to avoid banks complicit with the left should demand the government does not take such steps to clamp down on this alternative option.

The real threat here in the U.S. and in Canada is government and the private sector’s collusion to infringe on legitimate peaceful protests and silence speech they don’t like. If we don’t stop this madness, the U.S. will start to look a lot more like a place that doesn’t have First Amendment protections—a place like Canada. 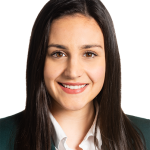 Research Associate in the Center for Technology Policy at The Heritage Foundation.