In his 2015 novel Soumission, Michel Houellebecq imagined that in the 2022 French presidential election the traditional parties, the Socialists and Gaullists, would be pushed to the sidelines, while a nationalist and an Islamist party would go to the runoff. Apart from Islamist political rise, Houellebecq had otherwise got all predictions right even five years in advance: back in 2017 Le Pen had gone to the runoff, leaving both traditional parties out.

This example is useful to understand how a dystopian novel can predict the near future better than many pollsters, even when it comes to elections. This could also be the case with Project 2050, a debut novel by Stefano Zanotti that offers a disturbing scenario of how Italy might change in the coming decades. 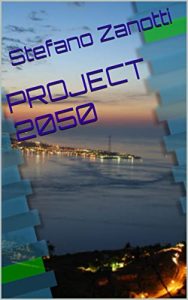 As the title suggests, the story is set in year 2050. Italy, as well as many European countries, has long since abolished democracy and elections. The ruling oligarchy, which has moved the capital from Rome to Florence, has created a society divided into two castes: the active, an elite of the rich and affluent who live in militarized enclaves; and the inactive, a poverty-stricken and poorly educated population who live in the suburbs and support themselves through universal income (a kind of citizenship income) and moonlighting.

The novel initially features three protagonists whose stories unfold on parallel tracks: Diego Marchetti, a Milanese academic and former center-right minister forced to flee to Kaliningrad as a political refugee; Jasmine, a 19-year-old girl from Messina (where the bridge over the Strait was eventually built) who is part of the inactive and works off the books as a hairdresser; and Roberto Covelli, who is chief of staff to the Minister of Defense in Florence. Seemingly disconnected, these three stories will eventually tie together when the government decides to implement a cynical and unscrupulous project that will result in a fight against time to bring freedom and equality back to the country.

Zanotti's work bears some similarities to another Italian novel of the same vein, Mario Iannaccone's La Fuga, previously reviewed in these same pages. In both cases, mass surveillance technologies have reached the levels of the Chinese regime and unregulated immigration has radically changed society. However, in the case of Project 2050, the religious factor is much less present. Moreover, it imagines a society in which public education has been abolished and only the rich have access to private education, while illiteracy is spreading among the poor. To keep people from realizing that they are subjugated, they are given margins of freedom, particularly for online entertainment and sexual libertinism, which become their panem et circenses.

The novel was written between 2020 and 2021, when the author imagines that Italy would go down the following political path: in the 2023 general election, after lockdowns brought tourism and small and medium-sized businesses to their knees, the center-right led by a sovereignist party wins hands down. However, in 2028, having been unable to fulfill all its promises, it loses and the new center-left coalition abolishes elections and other parties. Precisely because it was written before 2022, among the disasters of recent years it did not take into account the Ukraine war (had it been written later, perhaps Marchetti would have represented Russia less positively).

Some of the characters could be alter egos of the author: both Covelli and Alfredo, a well-off boy and Jasmine's romantic interest, are fans of old cars, as is Zanotti, who in the past also edited a "YouTube" channel for motor fans (Stef 4wheels).

In conclusion, it can be said that Project 2050 is a book that, despite the fact that some predictions may seem extreme (it envisions that everyone will have to have chips under their skin used as a pass), is certainly worth reading. It is one of those dystopian novels that warns us of potential threats and reminds us what values we should never give up.