Hunter Biden's emails were real. Here's what was written

Actually, the FBI agreed first, as they are in the middle of a criminal investigation into Hunter’s business activities and taxes based on the contents of the laptop. Despite the ongoing coverage of the emails outside establishment media, it was only the FBI’s investigation of the laptop that finally forced the Times to admit this year that what it said last year was bull. Politico, based on a book by one of its own writers, now, too, admits the emails are real, and not Russian disinformation as they claimed previously.

The dress rehearsal: the Clintongate

Now that we can talk about the emails in polite company, what’s the big deal? Is this just another case of buh, buh her emails? Well, yes, but not in the way you may think. The establishment worked diligently to hide, diminish, downplay, and muddle the story about Hillary Clinton’s emails before the 2016 election, and they did the same with Hunter’s laptop before the 2020 election. Both are nefarious examples of the media regulating the information available to voters as they made their choice.

In Clinton’s case, knowledgeable people, experts in government classification, were forced to endure months of “news” speculating whether the Secretary of State’s official correspondence might contain classified information, or whether running one’s own unsecured email server out of a literal kitchen closet for official business was a bad idea, or whether deleting 30,000 pieces of potential evidence was “A-OK.” Despite failing to kill the story (Hillary’s shifting excuses gave it new life at each turn) the media softened the edges enough that when then-FBI Director James Comey disingenuously proclaimed Hillary innocent, the public was ready to move on.

How the Bidengate news was censored

In Hunter’s case the emails were buried, not merely diminished, by an establishment media that came to better understand its superpowers. This power arises from interplay between the American intelligence services and corporate-media figures, working for the benefit of the Democratic Party. That interplay—awkward as it was in 2016 with Comey looking like the kid who went to prom alone—came to maturity in 2020.

As the New York Post broke the story that a laptop full of Hunter Biden’s files contained potential evidence of a pay-for-play scenario involving then-candidate Joe Biden just ahead of the presidential election, almost in real time more than 50 former senior intelligence officials signed a letter dutifully published by Politico claiming the emails “have all the classic earmarks of a Russian information operation.” The signers said their national-security experience made them “deeply suspicious the Russian government played a significant role in this case. If we are right this is Russia trying to influence how Americans vote in this election, and we believe strongly that Americans need to be aware of this.”

The letter was an act of evil brilliance. It played off cultivated prejudices from 2016 that the Russians manipulated American elections. In fact, most of the signatories—James Clapper and John Brennan among them—had played key roles in misdirecting public opinion around the DNC-server hack and later the whole of Russiagate. Among the establishment, the meme quickly became into “the laptop is fake.”

The major difference in this case was the establishment’s willingness to actively block information. With the letter as “proof” the laptop was disinformation, social media took the handoff. Twitter locked the New York Post‘s account after the Post refused to obey Twitter’s orders to delete its own truthful reporting. Twitter even banned links to the story in direct messages. Facebook announced it would not allow discussion of the issue pending a “fact check,” which never came. Establishment media outlets labeled the laptop fake, social media blocked the news, and the public basically fell in line and voted for Joe without knowing squat about what he and his son Hunter had been up to.

TAC readers were not included in that seething heap of ignorance. TAC, alongside the New York Post and select other outlets, understood the emails were worthy of the public’s attention. We published a dive into the laptop’s contents online in December 2020, and a deeper dive in our print edition. New York Post readers got much of the same information even before the election.

As the contents of the laptop become more widely known, the intelligence community-establishment media-Democratic Party apparatus apparently was right to hide the Post‘s reporting before the presidential election: Almost half of Americans now believe Trump would have won a second term if the media had fully reported on the laptop’s revelations. Hiding the emails marks the second election controlled by the triumvirate of the intelligence community, establishment media, and Democratic Party.

Given that, for better or worse, Joe Biden was elected and is very unlikely to run for a second term, do Hunter’s emails still matter? The answer is yes—the laptop has a lot to tell us.

The emails matter because the way they were handled exposed, once again, the way your vote could be manipulated. You need to understand the establishment’s techniques ahead of 2024.

The emails matter because they are just the tip of the iceberg. We already know Hunter did not report much of the income revealed by the emails, and recently paid $1 million in back taxes. We know he has federal fraud and illegal-foreign-representation charges pending. There is more to come that could affect how people vote in 2024.

The emails matter because they show Hunter was willing to kick in money to his father (“10 percent for the big guy,” read one email). The two co-mingled their finances, shared bank accounts, and covered each other’s bills, all of which needs to be investigated. In one message, Hunter revealed he was locked out of a bank account because his father was using it. In a text, Hunter complained that he was required to give his father half of his money for an unspecified task.

The emails matter because they are primary evidence of possible criminal actions by Hunter that bump into Joe’s official work first as Obama’s V.P. and now as president. Hunter Biden had extensive deals in Ukraine and China that conflict-of-interest laws demand be investigated. Hunter took large sums of money from businesses in Ukraine that were part of his father’s official portfolio as vice president, and took large sums of money from Chinese shell companies with ties to the CCP oligarchy. Hunter performed no work in return for the money.

The emails matter because, in the case of the Chinese companies, Hunter appeared to launder money—taking in six figures, skimming off a percentage, and handing the remainder over to a U.S.-based corporate entity associated with the Chinese organization. He did that to get around the Chinese government’s currency-export regulations. Only an FBI investigation will show if Joe was involved in any of the same, and if any of this behavior is criminal.

The emails matter because they were potential blackmail fodder, and the FBI must find out if Hunter was tapped by any foreign intelligence service when his father was V.P. The laptop contained evidence of Hunter’s filthy life, and actions that screamed to a foreign intelligence service, “Blackmail me!” Hunter’s laptop was chock-full of video showing him smoking crack. Hunter spent money on escorts, some $21,000 on cam sites, and big plays on all sorts of depravities. The laptop contains correspondence referencing Hunter’s affair with his dead brother Beau’s widow. A lot of hard weekends on the hard drive.

The emails matter because the president of the United States says they do not matter. Joe Biden’s defense is sweeping: “My son did nothing wrong.” Joe also claims to know nothing about the involvement of his brother Jim, who helped son Hunter launder money. That makes Joe either too ignorant to hold high office, or an accomplice in a cover-up, both 25th-Amendment territory. This is especially important, as Joe ran on an anti-corruption platform against the Trump family.

The emails matter because they clearly show Hunter tried to sell access to his father, and no one has investigated whether or not he succeeded. 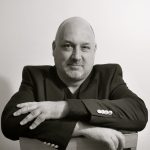