The war in Ukraine has provided an opportunity to reconsider assumptions about democracies that we as western Europeans and Americans take for granted in respect to national sovereignty and national integrity.

Initially, as the Russian threat loomed, we heard all the right talking points, particularly in respect to national borders. When speaking of Ukraine (and not the United States), U.S. Deputy National Security Advisor Jonathan Finer reminded the world that “it goes to a very fundamental principle of all nations … our borders should be inviolate, our sovereignty should be respected.” Then, as Russia inched closer toward invasion, Kamala Harris proclaimed, on behalf of her administration, that the U.S. “respects the territorial integrity and sovereignty of Ukraine,” expected “Russia would do the same,” and promised that “any aggressive action taken by Vladimir Putin will be met with severe consequences.”

In retrospect, these statements were toothless political formulas. It comes as no surprise to those of us paying attention to the U.S./Mexican border problem.

The words spoken by U.S. Vice President Kamala Harris were particularly shocking to many Americans, and quite frankly painful, because of her administration’s blatant neglect and indifference to the security and sovereignty of the United States—the country she swore to protect and serve. Where was the promise for “severe consequences” for the Mexican cartels who continue to attack the U.S. southern border with record-breaking numbers of illegal immigrants and drugs? I have personally spent time at the border, speaking with ranchers, business owners, and law enforcement. All will tell you that no one and nothing comes across the border illegally unless the cartels authorize it and are paid for it.

Last year two million immigrants illegally entered the United States, more than four times the amount than the year before (the last year of the Trump administration) and the highest number recorded in U.S. history. Last year at least two and a half times the amount of fentanyl entered as the year before: fentanyl is the number one killer of young Americans ages 18 to 45. Already this year these numbers have broken previous records.

But, as the U.S. administration sat silent on Mexico’s disregard for American territorial integrity and safety, President Joe Biden vowed, in his State of the Union speech, to lend his protection elsewhere. He promised that if Russian forces in Ukraine continued to move west, the U.S. would use air, land, and sea forces to “protect NATO countries.” In the American media, such inconsistency remains largely ignored.

In Europe, certain NATO countries have reason to approach the president’s assurances with caution–Hungary in particular. The only NATO countries named in his SOTU speech were “Poland, Romania, Latvia, Lithuania, and Estonia.” Strangely, Hungary was omitted from his list. Hungary shares a border with Ukraine. Hungary is both a NATO ally and a member of the European Union. Ukraine, though understandably fighting for its own sovereignty, is neither.

We are led to wonder if the current U.S. administration would, indeed, defend an attack on Hungary’s borders. Consider that Hungary was not invited to the U.S.-hosted Summit for Democracy last December, putting Hungary in the same category as communist-led Russia and China. Consider that President Biden has engaged in smearing Hungarian Prime Minister Viktor Orbán as a totalitarian “thug” and Biden’s administration continues to undermine Hungarian sovereignty by imposing leftist ideological goals in Hungary through the U.S. State Department.

But is the European Union in better hands? Like the Biden administration, the EU also rightly condemned Russian President Vladimir Putin’s decision to send Russian troops into Ukraine as an “illegal act,” and committed “unwavering support … to Ukraine’s … sovereignty and territorial integrity within its internationally recognised borders.”

But the EU has sanctioned one of its own member countries who, like Ukraine, also has territorial integrity and internationally recognized borders. Hungary dared to refuse the EU’s imposition of uncontrolled and illegal immigration—the result of which has placed huge burdens on European social and economic systems.

It comes as no surprise to witness the rise of nationalism in Hungary, which has been questioned as both an autocratic and elitist movement. In spite of this criticism, for the fifth time Hungarian voters placed their trust in both Prime Minister Viktor Orbán and his Fidesz-led party alliance. In fact, the conservative party list received more votes from the Hungarian electorate than any other party in Hungary’s history.

Hungary continues to protect its culture, economy, and borders in order to maintain its families, democracy, and way of life. Americans wish to do the same—not with closed borders and anti-immigration policies—but with controlled and lawful immigration.

Why do American and European so-called liberal leaders believe Ukrainian sovereignty is a fundamental and inviolate principle, but view the sovereignty of the U.S. and Hungary as unimportant, illiberal, and Nazi-nationalistic? How did the U.S. House of Representatives agree to give Ukraine a total of $54 billion for its territorial fight, when it cannot find $5 billion dollars to build a wall to protect the U.S. southern border?

The people of Ukraine are to be applauded for their fight for independence, their bravery, and their endurance. I do not wish to minimize their costly fight, but only to point out the inconsistencies and recklessness of open border policies, and the destructive arrogance of the politicians who push them.

In 2016, European Commission President Jean-Claude Juncker stated, “borders are the worst invention ever made by politicians.” But the argument for why borders are necessary is completely obvious even to a simpleton. Borders are the same as four walls around our homes. In your home, you prioritize the protection of your family and your resources first. In your home you lock your doors at night and wisely choose who you allow to enter.

Yet, strangely, we must continue to patiently explain the importance of borders, and of national identity and security, to those who blindly believe the liberal narrative that all people have an inherent desire to equally share resources and live peacefully together. Right now, ask the people of Ukraine if this naiveté is true.

A misinformed ideal of humanitarianism has American and European ruling parties recklessly pushing open borders without considering the costs or long-term consequences, not just for the host country but also for the mass influx of immigrants. Neither the EU, who invited mass immigration during the Arab Spring, nor the U.S., who lifted Trump-era policies and stopped enforcing U.S. immigration law, had a comprehensive plan in place to deal with a massive spike in population.

In Europe, high migrant unemployment, poverty, cultural differences, differing worldviews, and a lack of civic integration contribute to riots, violence, and unrest in migrant communities, and to the creation of autonomous communities or bodies. These include the French banlieues and ‘no-go zones’ in Germany and Sweden, where nationals and police are afraid to enter, and the Islamic Sharia councils in the UK.

In the United States, the Biden administration’s narrative of “Humane, Orderly, and Safe” immigration is a disinformation campaign built on high levels of public deception. As a retired border patrol agent told me, illegal immigrants rarely decide to circumvent the Mexican cartels and “freelance” their way across, because “the cartels will flat out kill them.”

This is also what I learned from federal law enforcement: 80% of U.S. Border Patrol agents are currently processing illegal immigrants and not patrolling the border. National and local law enforcement have been called in to help respond to the overwhelming flood of immigrants and drugs and to rescue exhausted, dehydrated, abused, or dead immigrants—those raped, exploited, and shot by the cartels.

I have personally seen “stash” houses where illegal immigrants are housed by ‘coyotes’ as they wait for transport into the interior of the U.S. and become victims of human trafficking. In the words of a senior border patrol agent, these are places “where bad things happen.” In the Rio Grande Valley sector of Texas alone, in April this year over 125 dead immigrants had been found and over 448 stash houses identified.

What is humanitarian, or even “human” about this insane and illegal method of immigration? A desire to preserve and protect our sovereign borders does not signal a lack of compassion, but rather of wisdom.

Hungary, in fact, is a country that embraces Christian compassion and brotherhood, recently welcoming over a half a million Ukrainian refugees with shelter and food, and giving over a half a million dollars to Ukraine for much-needed medical supplies. Hungary’s humanitarian assistance to Christian minorities in the Nineveh region of Iraq is unmatched. In the same heart of compassion, the U.S. is the largest humanitarian assistance-provider in the world.

My intention is not to advocate for the closing of borders, but only to secure them and stop the insanity of reckless border policies. That is why Counterpoint Institute has joined a historic coalition of leaders and organizations to lay out a plan for the next congress to secure our border.

Open border policies, initiated by a political agenda with no regard for the costs to communities or to immigrants, benefit no one, except possibly the smugglers on the U.S. southern border where the Mexican cartels’ business is booming, and where these brutal criminal enterprises—with no regard for human life—have grown stronger since President Joe Biden took office.

* This commentary was adapted from remarks given by Dr. Shea Bradley-Farrell at CPAC Hungary 2022, on May 20. 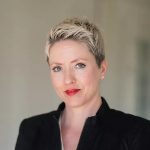