Last October, a young Chinese amateur videomaker calling himself "Guanguan" had posted a footage, some 20 minutes long, that immediately went viral. In it he documented the concentration camps in Xinjiang, in which the Chinese communist regime locks up Uyghur Muslims and other ethnic minorities belonging to the Turkic peoples to brainwash them in order to erase their identity, religion and culture and replace them with the Chinese Communist Party's ideology. Guanguan had succeeded in a very risky and extremely difficult undertaking: entering the Western Autonomous Province of Xinjiang and filming such facilities from the outside. The case had been commented on in November by the Machiavelli Center. The Chinese communist regime had of course branded it as "fake news."

This time further embarrassing Beijing are tens of thousands of files obtained by a hacker who took them from Xinjiang police computer systems, dubbed "Xinjiang files." They show images of prisoners (many of them mugshots), the inside of detention facilities, prison police operations and documents. All can be viewed on the dedicated "xinjiangpolicefiles" site.

The files' cache was analyzed and authenticated by Dr. Adrian Zenz, Senior Fellow and Director of China Studies at the Victims of Communism Memorial Foundation, in two peer-reviewed academic articles published in the Journal of the European Association for Chinese Studies and Chinafile.

The governments of the United States, Britain and Germany have strongly condemned Beijing and called for immediate action. Curious silence so far, however, from Rome. Again, the Chinese regime has denied everything, calling the documents a "jumble of material put together by anti-Chinese forces" and accusing the media of spreading lies.

Various human rights groups estimate that there are more than one million Uighurs arbitrarily detained in Xinjiang's re-education camps, while for Randall Schriver, assistant secretary of defense for Indo-Pacific security affairs under the Trump Administration, the number could be as high as 3 million out of a population of about 10 million.

A dramatic situation therefore that of the Uighurs, victims, as indeed the Chinese population itself, of a regime "master" of repression against its own citizens. It is now evident not only with what is happening in Xinjiang, but also with the so-called "Zero Covid" strategy (which is totally useless from the health point of view) with which once again Beijing's predilection for detention facilities (in this case of the health type), the prevarication of citizens and the denial of fundamental freedoms and human rights is evident.

China today is a sad example of a highly repressive model. Despite this, there are many in the West who do not want to take a stand, favoring economic relations with Beijing. To think then that, in Italy, there are even those who have praised the Chinese model, from certain so-called "virologists" who would even like to copy it to political figures.

Then there is the embarrassment concerning those Muslim countries that are careful not to stand up for Uyghur Muslims and, indeed, make security arrangements with Beijing as well, such as Pakistan and Taliban Afghanistan. 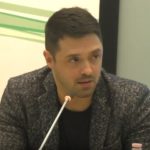