Is the arsenal of democracy jammed? US struggles to produce enough weapons for Ukraine

by Maiya Clark and Jacob Montoya

Three months after Russia’s latest invasion of Ukraine, the Ukrainian army continues to fight valiantly. Weapons provided by NATO members have sustained the resistance thus far, but more will be needed if Ukraine is to stand a fighting chance against Russia’s far-larger military. The West clearly intends to keep the arms and munitions flowing, but will its atrophying defense-industrial base be up to the task? Do the U.S. and NATO have enough weapons to supply Ukraine for a prolonged conflict?

The U.S. is not the “arsenal of democracy” that it used to be. Indeed, many experts doubt it has the capacity needed to meet its own needs, considering the possibility of conflict with China or perhaps even a two-front war. Supplying Ukraine with weapons, although necessary, will almost certainly exacerbate the issue of an already depleted American arsenal. Even as they push for accelerated deliveries to Ukraine, multiple government officials have stressed the need for the U.S. to replenish its own munitions stockpiles.

Undersecretary of Defense for Acquisition and Sustainment William LaPlante recently said that the Pentagon needs “to have more hot production lines,” even if it means having “redundant production lines” to fix single-point failures. Sen. Jack Reed, Rhode Island Democrat and chairman of the Senate Armed Services Committee, stated that his panel is pushing the Pentagon to replenish its inventory of weapons sent to Ukraine, but multiple issues stand in the way. These issues include stagnant assembly lines, the scarcity of specialized parts and disrupted international supply chains.

Take, for example, the FIM-92 Stinger. A portable, shoulder-fired antiaircraft missile, the Stinger has been vital for Ukraine’s defense against air attacks and troop deployments by Russian helicopters. The problem is that, prior to the invasion, the U.S. had not planned to refresh its stockpile of Stingers until at least the 2030s. The focus, instead, was on gearing up to eventually start production of a more advanced Stinger. Now, the U.S. is scrambling to overcome difficulties, like obsolete parts and workforce issues, in order to produce more 1970s-era Stinger missiles for Ukraine. Raytheon, the manufacturer, said this week that it will take “years” before they can build new Stingers.

Meanwhile, our allies have even bigger problems. Multiple NATO allies’ defenses are based on old Soviet systems that need to be replaced or augmented. Poland’s offer to send its entire operational MiG-29 fighter-jet fleet to Ukraine shed light on this fact. Some NATO allies—mainly Poland, Slovakia and Bulgaria—continue to use outdated Soviet-Russian equipment inherited from their predecessor regimes after the 1989-91 collapse of Communism. Slovakia has sent another aging Soviet-era platform, the S-300 anti-aircraft missile system, to Ukraine. The MiG-29 entered service in 1982 and the S-300 system in 1978, and getting spare parts and replacement missiles would be a real challenge even if the source weren’t a hostile Russia.

The conflict has, however, given rise to silver linings. Many of our allies are waking up to the need to boost their defense spending. Germany has decided to buy F-35s from the U.S. and pledged an increased defense budget, exceeding NATO’s 2%-of-GDP target. Poland has moved to increase its defense spending as well, with the goal of reaching 3% of GDP by 2023.

To some degree, the Russia-Ukraine conflict has served as a stress test for the West’s defense industrial base. From that has come a growing recognition that, for too long, America has underestimated the amount of munitions and platforms required in modern warfare.

Due to the complexity and time required to manufacture today’s precision weapons, we must start thinking now, before a war breaks out, about whether America has enough weaponry to sustain a conflict.

Last month President Biden released a defense budget request that does not even keep up with the rate of inflation, much less provide for any growth to meet our own needs. It’s a recipe for weakness at a time when the free world desperately needs strength. 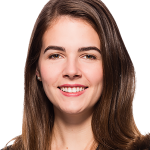