Trump vs. everyone. America (and the West) at the crossroads 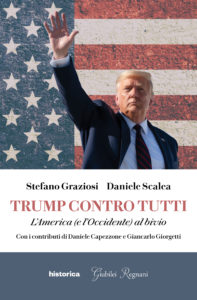 November 3 will be one of the most important elections ever for the United States. In a political climate of strong polarization, not only will two candidates as different in style and biography as Donald Trump and Joe Biden compete, but also two antithetical visions of the world and society. If the Trumpian Republican Party wields the banners of nationalism and tradition, the Democratic Party appears to be the expression of a "politically correct" elite eager to thoroughly revolutionize American society and the entire Western civilization. Because, we must never forget, what happens in America regularly has repercussions on Europe as well. In their essay, Graziosi and Scalea retrace what has happened in the last four years, from Trump's surprising victory over Hillary Clinton to the present day, describing (without the shyness characteristic of the mainstream media) the controversial figures of Biden and Kamala Harris and analyzing the major issues on which the White House contenders will compete.

Stefano Graziosi (Rome, 1990) deals with international politics, writing for "La Verità" and "Panorama". Over time he has had the opportunity to interview various exponents of American politics, such as Ron Paul, Michael Dukakis, Michael Mukasey and Arthur Laffer. He collaborates as a researcher with the Centro Studi Politici e Strategici Machiavelli (Machiavelli Center for Political and Strategic Studies) and he is professor of American politics at the Rui Foundation. He covered the 2016 U.S. primaries at the New York bureau of America 24. Author of "Apocalypse Trump. An American President Between Mao and Andreotti" (2018).

Daniele Scalea (Verbania, 1985) is President of the Machiavelli Center for Political and Strategic Studies. Former Special Advisor on Immigration and Security to the Hon. Guglielmo Picchi, Undersecretary of Foreign Affairs, between 2018 and 2019. Master degree in Historical Sciences (University of Milan) and PhD in Political Studies (Sapienza University of Rome), he is adjunct professor of "History and doctrine of Jihadism" and "Geopolitics of the Middle East" at Masters of I level of the Telematic University Cusano. Essayist, in the series "Machiavellica" has published "Immigrazione: le ragioni dei populisti” (2018).

"Graziosi and Scalea's essay is literally invaluable: it deserves to be studied carefully, and kept on hand until the November 3 elections." (Daniele Capezzone)

The book can also be ordered at your local bookstore or purchased at major stores online, such as Amazon, Ibs.it, Mondadori Store, Feltrinelli, Libreriauniversitaria.it, Libraccio, Rizzoli, Librerie.coop.

Founder and President of Centro Studi Machiavelli. Graduated in Historical Sciences (University of Milan) and PhD in Political Studies (Sapienza University), he is professor of "History and doctrine of jihadism" and "Geopolitics of the Middle East" at Cusano University. From 2018 to 2019 he was Special Advisor on Immigration and Terrorism to the Undersecretary of Foreign Affairs Guglielmo Picchi. His latest book (written with Stefano Graziosi) is Trump contro tutti. L'America (e l'Occidente) al bivio. 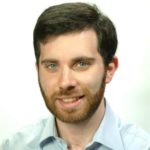