One step away from the abyss. What the missile incident in Poland has taught us

On the evening of Tuesday, November 15, the world seemed to be one step from the brink. A Russian-made missile - which we now know was launched by Kyiv's defense to intercept the shower of Russian cruise missiles across Ukrainian territory - crashed in the eastern Polish village of Przewodów, causing two deaths.

For about two and a half hours, when the exact dynamics of the events were not yet known, Italian and European politicians, journalists, ordinary Twitter users, and Ukrainian MPs were calling for the need for a tough response against the Russian Federation, some talking about the possibility of the activation of NATO Article 5. Unaware of the non-existence of an automatism within the article even if an attack of such proportions had really occurred and unaware of the caution expressed by Warsaw itself in blaming the Moscow regime, some experts were already lavishing analysis on possible apocalyptic scenarios.

Now that the fear of a direct Russian attack on Poland has receded and World War III has been averted, the first summaries of what happened a few evenings ago can be drawn. Examining the reactions of the actors involved, analyzing the sequence of events, asking some questions about their geopolitical fallout.

In the minutes after the missile fell in Poland - a very serious event that resulted in the first two deaths of a NATO country, an event that would not have happened without the Russian invasion of Ukraine - the first hot reactions were from Latvia and Estonia.

Latvian Defense Minister Artis Pabkriks openly spoke of the responsibility of the "criminal Russian regime" accused of "firing missiles not only at Ukrainian civilians" and "hitting NATO territory in Poland." Reiterating the point in a tweet, Estonia's Foreign Minister Usmar Reinsalu, on the other hand, said the country was ready "to defend every inch of NATO territory." The two Baltic countries immediately sought to dramatize the scenario, true to their strongly anti-Russian line aimed at keeping Moscow isolated and opposed to any future reintegration of Moscow into the international community. A position dictated by geographic location and historical memory rooted in their respective communities.

On the heels of the two allies devoted to Russian containment in NATO's eastern flank, Ukrainian President Volodymir Zelensky immediately exploited the incident to cement the Alliance's anti-Russian front, seeking to get the latter more involved in helping Kyiv's resistance against the invaders. In a video released just hours after news of the missile that fell in Poland spread, Zelensky openly accused Russia of wanting to provoke escalation. "Now is the time for action," the Ukrainian president concluded. Zelensky continued to deny that the missile belonged to the Ukrainian armed forces, even after confirmations to that effect from allies who have been supplying the country for months with weapons and logistical support to repel the Russian advance.

Surprising is the balanced reaction of the Polish government, which has always been in the forefront against Russian imperial revivals. After convening the Security Committee meeting and placing the army on high alert, Poland's President Andrzej Duda called on citizens to remain calm, speaking of an "isolated incident" and considering activating NATO's Article 4, which provides for emergency consultations among alliance members should an ally perceive a threat to its territory.

For his part, U.S. President Joe Biden tried to cool the belligerent mood coming from the countries on NATO's eastern flank, citing intelligence sources that denied the possibility of a direct Russian attack on Polish soil. A very conservative stance, which even drew praise from Moscow, with Kremlin spokesman Dmitry Peskov calling Washington's reaction "measured."

The geopolitical lessons of the incident in Poland

The panic unleashed by the Ukrainian anti-aircraft missile that fell on Polish soil had a twofold effect: crystallizing the interests of the actors involved and, paradoxically, providing an assist to attempts to resolve the conflict through a diplomatic route.

On the one hand, the Baltic countries have tried to exploit the incident to increase Western involvement in support for Kyiv by pointing the finger at the Russians as being responsible for the missile crash. It is likely that these countries - the so-called "hawks" of Russian containment - will try in the future to press the Atlantic Alliance to militarize NATO's eastern flank more. While Ukraine too - understandably, given the suffering it has endured in these nine months of war - will try to the last to close the diplomatic route - even because of its recent military successes- we discover an opening from Poland, the United States and the NATO Secretary General. As if, once they really saw the ball rolling on the tilted plane, these actors realized that it was necessary to stop it by throwing water on the fire and downplaying the incident. Even the Kremlin immediately ruled out that it had conducted an attack against a NATO member, delivering an important message of de-escalation to Biden.

The event sets a precedent: no one wants to cross the red line that could lead to the disaster of a world war. 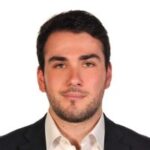 A journalist and geopolitical analyst, he works for a communications agency and writes for "Il Caffè Geopolitico." He previously had experience with Mediaset, Institute for Cultural Relations Policy (Hungary) and European Public Law Organization (Greece). Master's degree in "World politics and international relations" (University of Pavia) with a master's degree in Journalism (Catholic University of Milan).