Europe of nations or EU super-state?

Reproduced here are the "Main Theses" of the report Between Europe of nations and a superstate. Doctrinal, legal and economic aspects of the project of “deeper integration” in the European Union, edited by Bartosz Zalewski and Tymoteusz Zych and published by the Collegium Intermarium in Warsaw, in cooperation with the Ordo Iuris Institute, during 2021 (but still fully relevant).

Inefficiency of management at the central level

Are convergence processes taking place in the eurozone countries?

The European Union and social rights

The interference of the EU in the issues of migration policy

Cui bono, or the role of the public interest in competition law and its consequences

The ‘Next Generation EU’ mechanism and the threat of further federalisation 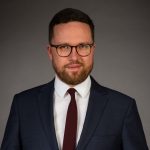 Professor and Director General for Development at the Collegium Intermarium in Warsaw, Poland. He has been executive director of the Ordo Iuris Institute and consultant to the Council of Europe, European Parliament, Venice Commission, and U.S. State Department. A Ph.D. in Legal Science, he has taught at leading universities in Warsaw. 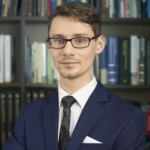 Lawyer, expert in comparative law and Roman law, in Poland he is an expert of the Ordo Iuris Institute for Legal Culture and the Cegielski Analysis Center.