Rule of law: the Commission 'pardons' Poland, but the idol remains

One of the most significant news items in the international press last week was this: the rule of law problem in Poland is over and a new era is beginning, in which Poles will be granted access to the 36-billion-euro national Recovery Fund.

But where did we start and where did we end up? For many decades, the concept of the rule of law has been a fundamental element in the doctrine of European constitutional law, and it has been a determining factor in the thinking of Hungarian constitutional law since the regime change. Perhaps it is no accident that the well-known folk wisdom recites, "Good things come to those who wait." Varga Zs. András Varga has devoted an entire book to the question of whether the ancient ideal that defined Hungarian constitutional law in the 1990s has not become an idol, bringing with it the harmful byproducts of idolatry.

The dominant issue in recent years in the European constitutional and political arena (assuming the two can be separated) has been the concept of the rule of law and its content (I have written about it here and on so-called rule of law mechanisms here). One of these is the source of EU law known as the "Conditionality Regulation," on the basis of which the Court of Justice of the European Union ruled on February 16, 2022 in an expedited procedure in the case brought by Hungary and Poland. The appeal was dismissed by the CJEU; following this, on April 27, the Commission initiated the so-called budgetary conditionality mechanism against Hungary under the Regulation.

But before taking a closer look at what this mechanism means, it is worth going back in time and in the development of EU law.

The debate has never been about whether the rule of law is an essential element of European constitutional systems.

Rather, the debate is about whether the rule of law has a uniform content that covers all member states and, if so, who can define it. Another way of looking at it is to ask whether the rule of law is an EU legal concept to which the European institutions give substance. After all, in recent decades the rule of law has not belonged as a concept primarily to the EU. It was developed by member states (constitutional interpretation bodies and legal scholars) as a guiding principle and complex of requirements. Only later did it become a central issue in the EU.

As a fundamental requirement for the constitutional organization of member states, it is enshrined in the Treaty on European Union (TEU). According to Article 2, the Union is founded on the values of respect for human dignity, freedom, democracy, equality, the rule of law and respect for human rights, including the rights of persons belonging to minorities. These values are common to the Member States in a society in which pluralism, non-discrimination, tolerance, justice, solidarity and equality between women and men prevail.. Pursuant to Article 7 TEU, the Council, acting by a majority of four-fifths of its members, after obtaining the consent of the European Parliament, on a reasoned proposal by one-third of the Member States, the European Parliament or the European Commission, may determine that there is a clear risk of a serious breach of the values referred to in Article 2 by a Member State.

European Union law thus establishes at a fundamental level, in the founding treaties, a procedure to be followed in the event of a violation of the rule of law.

In December 2017, the European Commission initiated a procedure under Article 7(1) of the EU Treaty against Poland for the risk of violating the rule of law and EU values, while the Parliament initiated the same procedure against Hungary in September 2018. Thereafter, however, the Council did not follow the Article 7 procedure, but representatives of the countries concerned were heard on several occasions. Thus, the procedure initiated under the EU Treaties did not establish that the member states concerned had violated an EU obligation.

This was followed by the aforementioned Conditionality Regulation, which no longer ties the power of initiative to any guarantee rule, and the procedure is now almost entirely the responsibility of the European Commission: it has thus become purely political. The purpose of the regulation is to allow the Commission to withhold EU funds if it believes that the rule of law has been violated in a member state. The regulation is justified by the fact that it aims to protect the financial interests of the Union and therefore withholds budgetary resources only in cases where the violation of the rule of law is directly related to the use of EU funds. However, the Commission has the power to determine when this is the case.

But let's see how the process itself works:

1. The Commission finds a violation of the rule of law

If the Commission finds reasonable grounds for believing that there is a violation of the rule of law under the Regulation, it shall send a written notification to the Member State concerned, unless it finds that other procedures under EU law would enable it to protect the EU budget more effectively, stating the specific facts and grounds on which its findings are based. The Commission shall immediately inform the European Parliament and the Council of such notification and its contents.

2. The Commission shall submit to the Council a proposal for action under this Regulation.

If the Commission finds that there is a breach of the rule of law and that any remedial measures taken by the member state do not adequately address the findings of its notification, it will submit to the Council an implementing proposal on the appropriate measures. The proposal should state the specific reasons and evidence on which the Commission's conclusions are based.

3. Council decision to apply a measure

Article 5 of the regulation makes a wide range of financial sanctions available to the Commission, ranging from reducing the amount of EU funds to suspending their disbursement.

The procedure under the Conditionality Regulation can thus be defined as having two main features. On the one hand, the concept of the rule of law is fully identified as a concept of EU law, based on Article 2 TEU, and therefore the Court of Justice of the European Union is the authentic interpreter of the concept. Consequently, unlike in past decades, in the future it will be the competence of the CJEU to determine the content of the rule of law. On the other hand, the rule of law and its requirements will appear in the future more as a political concept with financial implications than as a constituent element of constitutional doctrine and jurisprudence.

What is the rule of law? Initially, after the experience of World War II, it was spoken of as a guiding principle for the development of European constitutional systems, including post-Soviet states. As a stage to be reached, a goal to which all states have a duty to aspire. Hence the ideal approach. In light of the trends of recent years and the way the EU concept is taking shape on that basis, eventually that ideal is turning into an "absolutized" idol in line with political goals. For the future (i.e., the beginning of the end?), it is certainly indicative that, if we look at the aforementioned CJEU decision and the Conditionality Regulation, the relevant legal sources and the current prevailing European political rhetoric increasingly emphasize the values of Article 2 TEU, of which the rule of law is only one component, and thus we are no longer talking about the same thing.

In fact, the rule of law of the national ideal seems to be replaced by the rule of European law. 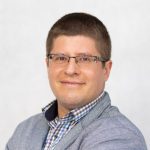 Head of the Public Law Department of the Mathias Corvinus Collegium (MCC) in Budapest, Hungary.