Europe cannot do without Russian gas (at least for this decade)

The European Union has set a nebulous target for itself this year to reduce its dependence on Russian gas by two-thirds, while expecting its member states to fill their gas storage to 80% by 1 November... If we set aside the tangled web of reasons and arguments, there is still the central question: from where and from what?

To answer this question, we must first clarify the "how much". With Russia sending 155 billion cubic metres of gas to EU countries in 2021, it would be necessary to increase the sources from the United States, Norway, Azerbaijan, Qatar and Algeria by at least 100 billion cubic metres.

24% of their exports, 22 billion cubic metres, will go to Europe in 2021. However, it will export 15 bcm more LNG to the EU this year (enough to supply Hungary for a year and a half), which Washington says is easy to achieve as prices have soared, so it will certainly be worth it for them, and they want to expand their exports to 50 bcm a year by 2030. Russia has therefore exported 7 times more gas to Europe than the US and even if the US meets its commitment, it will still supply 4 times less gas than the Russians.

Of the 100 billion cubic metres of demand, America has taken 15 billion. Where would the other 85 come from? Norway is producing at nearly 100% capacity, so it has committed to supplying "only" 1.4 bcm more by 30 September, which may not sound like much, but the Nordic country already supplies 25% of EU and UK demand with 113 bcm a year. The next 'in' is Azerbaijan, from which 8 bcm of gas will be supplied in 2021 via the Adriatic pipeline, with Italy receiving the bulk (7 bcm). The EU wants to increase this to 10 already this year, which the Azeris have immediately raised to 10.5, and have stated that they want to greatly increase (double) their capacity, but this will take many years of work.

The most interesting option is Qatar. Qatar is the world's largest exporter of LNG, with 110 billion cubic metres a year, but only 20 billion of that comes to Europe. They say it is impossible to replace Russian gas with LNG and they cannot increase their exports in the short term, as at least 90% of their production is tied up for the long term. At best, hypothetically, they can divert 8-10% of production to Europe, i.e. around 10 billion cubic metres. At the same time, Qatar is very interested in the possibility of exporting to the EU, as it is a good image for a country that has been under attack recently.

Algeria has taken perhaps the most gallant and decisive step to help Europe. It will almost immediately expand its current 22 billion cubic metres of supply to a maximum capacity of 32 billion. Honourable mention should also be made of Iran, which, although it has one of the world's largest reserves of natural gas, would need huge investment (USD 160 billion) to increase its production and export it to Europe, given its high domestic consumption (233 out of 253 billion cubic metres extracted) and its underdeveloped extraction technology. This is a real loss for Brussels, because Iran would like to supply gas, but this is simply not possible at the moment, partly because of the many trade sanctions against Iran.

This is about the end of the possibilities, and I am not even going to discuss how Europe would replace the last one third of Russian gas to be imported by 2030.

Meanwhile, Russia has already cut off gas supplies to Poland and Bulgaria, and is scrambling to find an alternative. As we approach the end of the decade, independence may be a realistic aspiration, with Qatar's expansion projects, US export dumping, Azeri TANAP and TAP development, Iranian investment and a shift to renewables, but even if all this is achieved, the question remains: why go through all this? 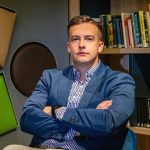 Research assistant at Mathias Corvinus Collegium in Budapest, he is pursuing a Master in Public Administration at the Hungarian University of Public Service.