by Martin Kulldorff and Jayanta Bhattacharya

On Oct. 4, 2020, with Prof. Sunetra Gupta of Oxford University, we wrote the Great Barrington Declaration (GBD). Our purpose was to express our grave concerns over the inadequate protection of the vulnerable and the devastating harms of the lockdown pandemic policy adopted by much of the world; We proposed an alternative strategy of focused protection.

The key scientific fact on which the GBD was based—a more than thousand-fold higher risk of death for the old compared to the young—meant that better protection of the old would minimize COVID deaths. At the same time, opening schools and lifting lockdowns would reduce the collateral harm to the rest of the population.

The Declaration received enormous support, ultimately attracting signatures from over 50,000 scientists and medical professionals and over 800,000 members of the public. Our hope in writing was two-fold. First, we wanted to help the public understand that—contrary to the prevailing narrative—there was no scientific consensus in favor of lockdown. In this, we succeeded.

Second, we wanted to spur a discussion among public health scientists about how to better protect the vulnerable, both those living in nursing homes (where ~40 percent of all COVID deaths have occurred) and those living in the community. We provided specific proposals for focused protection in the GBD and supporting documents to spur the discussion. Though some in public health did engage civilly in productive discussions with us, in this aim we had limited success.

Unbeknownst to us, our call for a more focused pandemic strategy posed a political problem for Dr. Francis Collins and Dr. Anthony Fauci. The former is a geneticist who, until last week, was the director of the U.S. National Institutes of Health (NIH); the latter is an immunologist who directs the National Institute of Allergy and Infectious Diseases (NIAID). They are the biggest funders of medical and infectious disease research worldwide.

Collins and Fauci played critical roles in designing and advocating for the pandemic lockdown strategy adopted by the United States and many other countries. In emails written four days after the Great Barrington Declaration and disclosed recently after a FOIA request, it was revealed that the two conspired to undermine the Declaration. Rather than engaging in scientific discourse, they authorized “a quick and devastating published takedown” of this proposal, which they characterized as by “three fringe epidemiologists” from Harvard, Oxford, and Stanford.

Across the pond, they were joined by their close colleague, Dr. Jeremy Farrar, the head of the Wellcome Trust, one of the world’s biggest non-governmental funders of medical research. He worked with Dominic Cummings, the political strategist of UK prime minister Boris Johnson. Together, they orchestrated “an aggressive press campaign against those behind the Great Barrington Declaration and others opposed to blanket COVID-19 restrictions.”

When journalists started asking us why we wanted to “let the virus rip,” we were puzzled. Those words are not in the GBD, and they are contrary to the central idea of focused protection. It is unclear whether Collins and Fauci ever read the GBD, whether they deliberately mischaracterized it, or whether their understanding of epidemiology and public health is more limited than we had thought. In any case, it was a lie.

We were also puzzled by the mischaracterization of the GBD as a “herd immunity strategy.” Herd immunity is a scientifically proven phenomenon, as fundamental in infectious disease epidemiology as gravity is in physics. Every COVID strategy leads to herd immunity, and the pandemic ends when a sufficient number of people have immunity through either COVID-recovery or a vaccine. It makes as much sense to claim that an epidemiologist is advocating for a “herd immunity strategy” as it does to claim that a pilot is advocating a “gravity strategy” when landing an airplane. The issue is how to land the plane safely, and whatever strategy the pilot uses, gravity ensures that the plane will eventually return to earth.

The fundamental goal of the GBD is to get through this terrible pandemic with the least harm to the public’s health. Health, of course, is broader than just COVID. Any reasonable evaluation of lockdowns should consider their collateral damage to patients with cancer, cardiovascular disease, diabetes, other infectious diseases, as well as mental health, and much else. Based on long-standing principles of public health, the GBD and focused protection of the high-risk population is a middle ground between devastating lockdowns and a do-nothing let-it rip strategy.

Collins and Fauci surprisingly claimed that focused protection of the old is impossible without a vaccine. Scientists have their own specialties, but not every scientist has deep expertise in public health. The natural approach would have been to engage with epidemiologists and public health scientists for whom this is their bread and butter. Had they done so, Collins and Fauci would have learned that public health is fundamentally about focused protection.

It is impossible to shut down society completely. Lockdowns protected young low-risk affluent work-from-home professionals, such as administrators, scientists, professors, journalists, and lawyers, while older high-risk members of the working class were exposed and died in necessarily high numbers. This failure to understand that lockdowns could not protect the vulnerable led to the tragically high death counts from COVID.

We do not know why Collins and Fauci decided to do a “take down” rather than use their esteemed positions to build and promote vigorous scientific discussions on these critical issues, engaging scientists with different expertise and perspectives. Part of the answer may lie in another puzzle—their blindness to the devastating effects of lockdowns on other public health outcomes.

Lockdown harms have affected everyone, with an extra heavy burden on the chronically ill; on children, for whom schools were closed; on the working class, especially those in the densely populated inner cities; and on the global poor, with tens of millions suffering from malnutrition and starvation. For example, Fauci was a major advocate for school closures. These are now widely recognized as an enormous mistake that harmed children without affecting disease spread. In the coming years, we must work hard to reverse the damage caused by our misguided pandemic strategy.

While tens of thousands of scientists and medical professionals signed the Great Barrington Declaration, why didn’t more speak up in the media? Some did, some tried but failed, while others were very cautious about doing so.

When we wrote the Declaration, we knew that we were putting our professional careers at risk, as well as our ability to provide for our families. That was a conscious decision on our part, and we fully sympathize with people who instead decided to focus on maintaining their important research laboratories and activities.

Scientists will naturally hesitate before putting themselves in a situation where the NIH Director, with an annual scientific research budget of $42.9 billion, wants to take them down. It may also be unwise to upset the director of NIAID, with an annual budget of $6.1 billion for infectious disease research, or the director of the Wellcome Trust, with an annual budget of $1.5 billion. Sitting atop powerful funding agencies, Collins, Fauci, and Farrar channel research dollars to nearly every infectious disease epidemiologist, immunologist, and virologist of note in the United States and UK.

Collins, Fauci, and Farrar got the pandemic strategy they advocated for, and they own the results together with other lockdown proponents. The GBD was and is inconvenient for them because it stands as clear evidence that a better, less deadly alternative was available.

In academic medicine, landing an NIH grant makes or breaks careers, so scientists have a strong incentive to stay on the right side of NIH and NIAID priorities. If we want scientists to speak freely in the future, we should avoid having the same people in charge of public health policy and medical research funding. 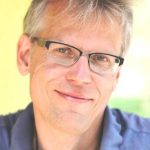 Senior Scientific Director of Brownstone Institute, is an epidemiologist and biostatistician specializing in infectious disease outbreaks and vaccine safety. He is the developer of Free SaTScan, TreeScan, and RSequential software. Most recently, he was professor at the Harvard Medical School for ten years. Co-Author of the Great Barrington Declaration. 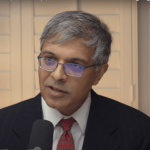 Senior Scholar of Brownstone Institute, is a Professor of Medicine at Stanford University. He is a research associate at the National Bureau of Economics Research, a senior fellow at the Stanford Institute for Economic Policy Research, and at the Stanford Freeman Spogli Institute.