On Tuesday, January 17, the first conference of Italian and Hungarian conservative think-tanks was held in Rome. It was an initiative sponsored by the Italian Machiavelli Center for Political and Strategic Studies, Nazione Futura and the Hungarian Center for Fundamental Rights, aimed at promoting strategic collaboration between conservative think tanks and NGOs in the two countries.

Dozens of delegates, representing a significant number of Italian and Hungarian organizations, discussed in depth the political situation in both countries, internal affairs in the Euro-Atlantic area, and the ongoing "culture war" in the West.

Participants agreed on the desirability of a close Italian-Hungarian relationship, in the political and civil society levels. An awareness of the need to enhance the many common interests and points of view emerged from the proceedings. The meeting was an opportunity to implement concrete transnational initiatives that will see the light of day in the coming months.

Following the long and intense debates, the public conference "The migration challenge to Europe" was also held, where speakers highlighted how a common line between Rome and Budapest on the issue is possible and appropriate.

On the sidelines of the conference, Hungarian participants also had the opportunity to have several political meetings, including one with Chamber President Lorenzo Fontana. 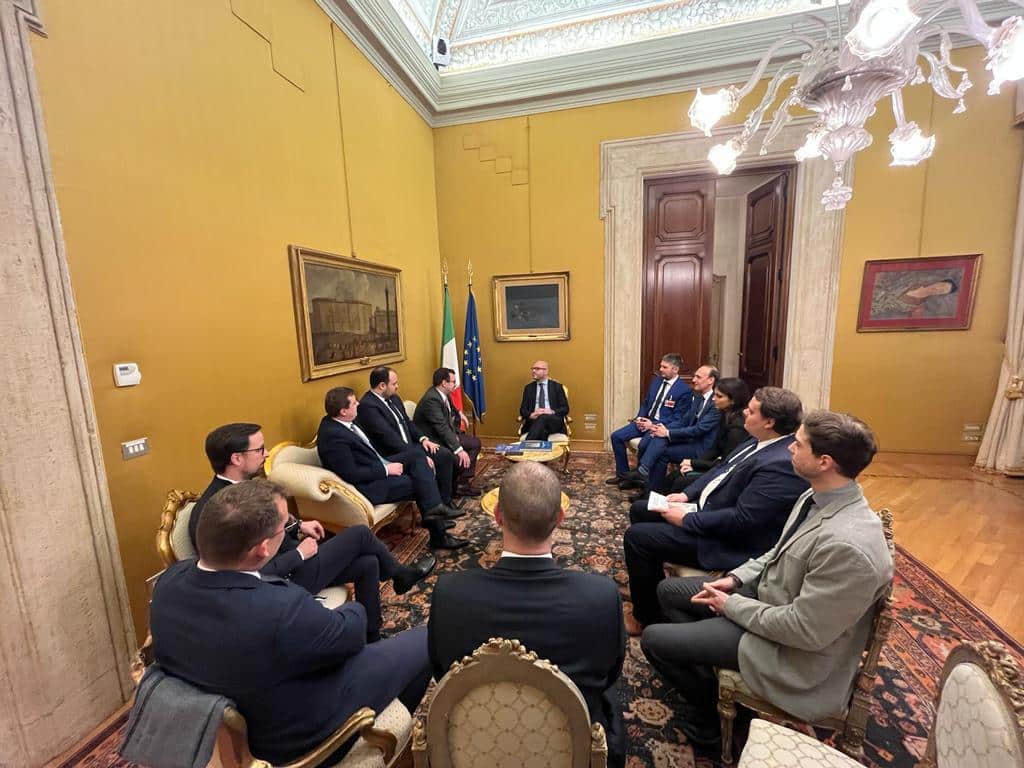 Finally, a second Hungarian-Italian Think-Tank Conference will be held in Budapest later this year.