How the government can defeat immigrationist NGOs

In the election campaign, Giorgia Meloni had presented herself by promising big changes in immigration. At the first test, however, the most right-wing government in Republican history suffered a setback. But there are times and ways to recover.

The NGO system is well-oiled: artificial emergencies in Libyan or Italian waters aimed at circumventing rules on countering illegal immigration; if the emergency is not there, the NGOs stay at sea until they create it; at which point the government relents and grants the landing. Minister Piantedosi, to use a football metaphor appropriate to these weeks, let in 3 times before the flag goal - the Ocean Viking sent to France.

Based on the data, the League-Five Star Movement government of a few years ago had been by far the most effective. After Salvini, the deluge. Minister Lamorgese in the Conte II and Draghi governments not only opened the borders wide, but engaged in dozens of legislative micromeasures aimed at eroding the difference between refugee and economic migrant, creating ever-increasing options for the latter. The only success, in no small measure, of the Right was preventing the adoption of the ius soli.

While waiting for the return match with NGOs, it would be ideal for the government to start formulating a plan. Meloni these days spoke at MED, the conference that the Foreign Ministry organizes together with ISPI (Institute for International Policy Studies). ISPI's immigration expert Matteo Villa denies the existence of the NGO pull factor.

At the Farnesina, Meloni spoke of a European deportation system. The idea, with caution, is not a bad one. Beware, however, of European reception systems, which means taking away the ability of national governments to decide who enters and leaves the country, transferring competence to a European Commission under the influence of the NGO community. Italy's good luck is that, despite the fact that the debate is stuck on this disastrous solution, dishonestly presented as a solution to Italy's problems (instead of a loss of border control), much of its European partners do not even think about accepting it.

Meloni enjoys a solid majority and must be ambitious: 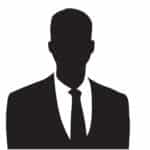