Ideas for (re)establishing the European Union

It reads in the Treccani Encyclopedia:

"asymmetry" - 1. Lack of symmetry or proportion between the parts of one or more objects. 2. With fig. use, in the language of economics, the imperfect distribution of information among different categories of traders.

Still from the Treccani:

"disillusionment": Loss of an illusion or illusions, disenchantment.

Looking at Maastricht's Europe, I believe that today this has provoked and is provoking a feeling that constitutes the pillar of the two: the feeling of an asymmetrical project and to which is added the corresponding disillusionment, dictated - in part - by the former and - for another part - by other elements.

Expectations were high. The successful experience of the EEC had generated the illusion of a decisive march forward. However, to all intents and purposes, the ambitions were disproportionate and not even supported by credible geopolitical and economic foundations.

The bombastic "Economic and Monetary Union" that gave birth to the Euro involved - and still involves - only part of the member states. National currencies were being replaced - in a cold fusion - with a new currency whose exchange ratios were arbitrary and even penalizing (as for Italy, which witnessed a substantial halving of purchasing power).

An absurd benchmark was introduced, represented by the German Bund, which is often used as a political/financial cudgel whose contours are never sufficiently clear. The absurdity of such a system is obvious: a supposed monetary union in which the national public financing system competes with that of one country (Germany) through opaque criteria. It is as if any bond issued by any state in the U.S. had to compete daily with that of the state of New York, especially in obedience to criteria with elusive contours. It is clear that a country's political/financial system cannot hold, and every budget (public and private) must discount the unpredictable fluctuations of bonds with the associated fluctuations in stability.

The so-called European Union also suffers from incredible fiscal asymmetry: there are differential tax rates with the inconceivable survival - within the European Union - of countries with highly favorable tax regimes. The European Union, with its reckless and frenzied enlargement especially in the years 2004/2007, has incorporated difficult socio/economic realities for which other states have paid - and are paying - a very high price.

Italy has always been a net contributor: that is, it contributes , much more to the European grant than it receives back according to the various funding programs . Add to that Italy's lack of expertise - especially in the public - in writing applications for funding - especially direct funding - and the disaster is complete : few and suffered returns compared to the money sent.

Perhaps the original flaw lies in the observation that the described Europe was born with a scarcely democratic vocation: the only body that is an expression of direct democracy (the European Parliament) has always had limited powers - although subsequently and laboriously expanded - compared to the absolute pre-eminence of the powers of the executive body: the Commission.

Many inconsistencies, as you can see, generating distrust and disillusionment.

What to do, then? Putting aside impractical exit assumptions, we need to start working competently on the necessary corrective measures. Many topics can be introduced. I give a few examples.

These are some proposals that could improve the framing of the Union and the treatment of Italy, often the victim of the incompetence and deference (sometimes, insincere) of our representatives. Improvements that would correspond to a rise in trust, today at an all-time low. 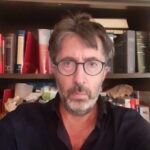 A lawyer, he has taught at the University of Siena and is currently a lecturer at Cusano University in Rome. Co-author of Documenti per una finanza sostenibile- verso una finanza di sostenibilità ambientale (2020) and Circular Economy (2022).