TSMC seeks a home in Europe. It's Italy-Germany match

Intel has unfortunately decided to locate the bulk of the added production capacity in Europe in its new plant in Germany. Instead, its new research center will be in France, reserving for Italy only a marginal and insignificant part of the activities of the entire chip production process. In recent months another multinational corporation, Taiwan's TSMC corporation, the world's largest microchips manufacturer, has been planning and evaluating the opening of a new production plant in Europe. The choice on where to locate it is between Europe's two most important manufacturing economies, Germany and Italy. The latter cannot afford to miss even this additional opportunity: the plant envisages investments of up to 10 billion euros in the coming years and the creation of several thousand direct and induced jobs.

TSMC, like Intel and other corporations, is also trying to redefine its production chains by shifting production capacity from countries in the Far East (where China's strong influence, bottlenecks in logistics channels due first to the pandemic and then to the war between Ukraine and Russia no longer guarantee acceptable delivery times and costs, especially for European and North American companies that risk a stoppage of operations in their plants due to lack of semi-finished products). Or creating additional production capacity in so-called "friendly" countries, as suggested by U.S. Treasury Secretary Janet Yellen during a meeting at the Atlantic Council in Washington a few weeks ago.

Within TMSC's budget, which includes investments of more than 100 billion euros over the next three years, about 10 percent is reserved for plans to develop production capacity in Europe. It represents an important market for IC manufacturers, given the massive presence of industrial clusters that - due to the pandemic crisis -have already suffered manufacturing slowdowns and now, with war just around the corner, are in dire need of seeing supplier delivery schedules met in order to remain operational, competitive and credible in international markets.

Determining the choice of the country in which to locate the new plant, in addition to the environmental (the presence of technology clusters, universities and research centers, sufficient numbers of qualified personnel to employ, etc.) and infrastructural (the presence of a sufficient number of qualified personnel to employ, etc.) attractive factors that each country can offer, will also weigh the resources that the two contenders decide to make available to facilitate the investment.

Last February, Brussels approved the so-called "Chips Act," a measure that essentially authorizes each European country to issue measures and allocate resources to support initiatives involving the establishment of new production capacity in the sector, provided, however, that they are "first-of-a-kind" productions. Thanks to it, Italy, too, will be able to decide whether and to what extent to subsidize TMSC's initiative, should the conditions for its application be met.

In terms of new employment both direct and induced, incremental GDP and new incomes, it represents an opportunity to be seized by activating all the necessary institutional channels and synergies between relevant ministries and local institutions. By re-proposing, albeit in part and in the absence of an overall measure, the measures indicated in the "Extraordinary productive and corporate repatriation plan" drafted and published by the Machiavelli Center. At a time like the one we are experiencing, where in almost all sectors the location of value chains and production chains is being redefined globally, we must create all the conditions for ours to be a country that is more attractive to companies than its competitors. To seize what could be one of the last opportunities that history offers us to recover a good part of the productive capacity that we have relocated over the last twenty years and that today is looking for more secure and reliable countries to move to and create surplus value.

These are the important games in which a country's future is built and in which institutions must play their role to the best of their ability in order to achieve the goal: securing the establishment of new manufacturing plants on their national territory. 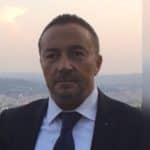 For the Centro Studi Machiavelli he is responsible for the research program on "Reshoring and business relocation". Graduated in Economics (University of Florence), he is a Chartered Accountant, Auditor and founding partner of a professional firm specializing in corporate consulting and national and international taxation.