Nuclear weapons: how China is preparing to overtake the U.S.

The Pentagon’s new China Military Power Report provides troubling insights on the extent of the growth of the communist regime’s nuclear arsenal. It describes a nation bent on multiplying its nuclear forces.

First and foremost, the 2022 report reveals that China could field 1,500 nuclear weapons by 2035. This effectively would equal the nuclear arsenal of the United States, which deploys around 1,550 nuclear weapons (as limited by the New START treaty with Russia). Last year’s report estimated that China would have 1,000 warheads fielded by 2030, but this new assessment indicates China’s intent to achieve nuclear parity with, or surpass, the U.S.

Second, the new report states that China’s nuclear buildup—which already had been described by the commander of U.S. Strategic Command as a “strategic breakout”—has accelerated. It’s worth recalling that in 2020, the Pentagon estimated that China would double its stockpile of about 200 nuclear weapons over the decade. The 2022 report now states that China has already done so—in just two years.

Indeed, this acceleration matches the prediction from Adm. Charles Richard, commander of U.S. Strategic Command, that “whatever the time estimate that the intelligence community gives you on anything from China, divide it by two and maybe by four and you will get closer to the right answer.”

These updated estimates also remind Americans that we don’t know when China will stop this nuclear expansion, and that it would be unwise to assume the regime will stop at 1,000 warheads by 2030 or even 1,500 by 2035. Given China’s ambitions to become a top military power and supplant the U.S. on the world stage, what’s to stop it from soaring past parity with the U.S. and trying to achieve nuclear superiority?

Yet the United States currently doesn’t have the nuclear forces designed to deter a Chinese nuclear threat of this size. The size and composition of the U.S. nuclear deterrent was designed around 2010, based on assumptions of a more benign threat environment than the one we see today. At that time—when decisions about the future U.S. nuclear force were made—China was expected to maintain its historic “minimum deterrence” strategy. No one predicted the rapid nuclear expansion we’re seeing today. As nuclear threats continue to grow, so does the concern that U.S. nuclear forces may not be sufficient to meet the demands of the new and dynamic threat environment.

Third, the Pentagon report notes China’s deliberate effort to expand warhead production. In particular, it highlights Beijing’s increasing capacity to produce plutonium, the nuclear material required for a nuclear weapon. Access to plutonium has been regarded by some analysts as a limiting factor for China’s nuclear program. But the Pentagon report indicates that China is determined to remedy this. Although the report doesn’t describe China’s warhead production in detail, it estimates a deployed force of 1,000 warheads by 2030 growing to 1,500 fielded warheads by 2035; this could suggest a rough production capacity of around 100 warheads per year in the 2030s.

This would be significant. By comparison, the U.S. lacks the ability to produce nuclear warheads because it doesn’t have the capacity to produce plutonium pits, which compose the core of any nuclear weapon. The U.S. currently is working to reconstitute its ability to produce plutonium pits, with the goal of producing 80 pits per year. But this capability isn’t expected to be fully operational until 2032 at the earliest. In short, the Pentagon report suggests that China still will possess a larger warhead production capacity even if the U.S. fully achieves its own production goals.

What’s more, the goal of producing 80 pits a year is based on the need to replace existing weapons before they age out. The U.S. does have a substantial number of warheads in reserve, but those would require new plutonium pits as well. In other words, U.S. plutonium pit production only will enable the U.S. to replace its existing forces while China’s weapons production will increase its arsenal dramatically.

A Chinese advantage in capacity to produce warheads provides President Xi Jinping a path to nuclear superiority, should he choose to pursue it. The U.S., for its part, would have few options to respond if China decided to continue building beyond 1,500 warheads.

As China continues to improve infrastructure to support nuclear expansion, America may need to reevaluate its own warhead production plans to ensure we can pace the growing Chinese nuclear threat. 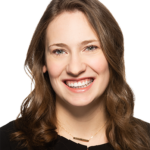 Senior policy analyst for Nuclear Deterrence and Missile Defense at the Heritage Foundation’s Center for National Defense. She earned a Bachelor of Arts degree in Government at Georgetown University with a Minor in Physics and received a Master of Arts degree in Military Operational Art and Science from the Air Command and Staff College.