The October 2, 2022 elections have left Brazil with a scenario of uncertainty and polarization typical of many Western democracies by now. After years of Ignacio Lula da Silva's presidency, followed by that of the loyal Dilma Rousseff, and a presidency of the flamboyant Jair Bolsonaro, the challenge opens precisely between the two most charismatic leaders, with a vote that appears far less certain than polls predict.

The season of Lula's Workers' Party (PT) - not the most radical party - seemed inevitably over with his arrest and conviction. Having ran out of nominations for Dilma Roussef, the Socialist Party in 2018, against Bolsonaro, had unsuccessfully relied on Fernando Haddad. The judiciary had eventually acquitted Lula himself, allowing him to run again and clash with Brazil's outgoing president, who has turned the wheel all the way to the right after years of socialist policies.

As already mentioned, the polls appeared so clear in the gap - around 10 percent, with peaks of 16 percent - that they gave little doubt about the results and even allowed Lula to hope for victory as early as the first round. Bolsonaro had criticized these predictions, claiming that they were contrived to conceal evidence of various frauds (including in the already notorious mail-in votes).

And instead, just contrary to those predictions, the South of the Nation, with more conservative tendencies, counted the ballots much faster, initially giving an unhoped-for advantage to the outgoing president, with peaks of more than 5 percent, and confirming his assumptions. Lula's votes, on the other hand, came from the North and Northeast, where there is more poverty; from the favelas, made famous with American movies; and from the poor countryside. Here the counting proceeded so slowly that the disadvantage was recovered only when the polls had advanced to 70 percent.

In particular, Bolsonaro held on to all of the nation's Center and South, managing to retain more of the voters' trust than expected, but he ceded to the Left some important strongholds such as the Amazon and Tocantis, which in 2018 allowed him to beat Socialist candidate Haddad. However, the result is within the worst expectations of Lula, who comes in first but does not break through, and within the best of Bolsonaro, who manages to keep the game open for the second round.

The final result of the first round is thus: 48.43 percent for Lula versus 43.20 percent for Bolsonaro, with small residual percentages of minor candidates that will be up for grabs in the October 30 runoff to decide who should lead Brazil in the years to come. However, the numbers do not speak very clearly: Lula and Bolsonaro will have to convince undecided and residual voters to reach the 50%+1 voter threshold.

As mentioned there are other minor candidates who obtained tiny percentages, leading to precisely this highly polarized outcome. The first is Simone Tebet, supported by the Democratic Movement of Brazil (which during the military dictatorship, 1964-1985, was the only opposition party allowed). This movement long enjoyed high percentages due to its centrist third way, between social democracy and liberalism; today its candidate stands third, but only at 4.5 percent.

READ ALSO  It's easy to say presidentialism: here are all the possible variants

In fourth position, with 3 percent, is Ciro Gomes with the Democratic Labor Party, a social-democratic, leftist, but very moderate party whose electorate could yield considerable surprises: already in the election campaign Gomes had not spared criticism of Lula.

As likely as it is that the votes of the centrist Democratic Movement will preferentially go to Bolsonaro "against the red danger" embodied by Lula, the gap between the first two amounts to 6 million votes, far more than the 5 million obtained by the centrists. However, it is by no means a foregone conclusion that those who supported the moderate social democratic candidate will opt for more socialism on the ballot.

In addition to the presidency, there was also voting for the renewal of the Chamber of Deputies and the Senate, which offer a glimpse into the mood of the nation. It must be premised here that Brazil has an extremely fragmented party system: not just right, center and left, but many small parties with sometimes minimal nuances among them. The majority coalitions in recent years have from time to time been left-wing or right-wing coalitions, with the various center parties in outside support.

Without analyzing party by party, it is enough to know that the nationalist front gained a majority in both the House and the Senate, mainly due to the substantial increase in votes to Bolsonaro's Liberal Party (such in name only) and the Republicans. On the opposite front, however, Lula's Workers' Party confirmed its votes, while for all the other parties of the Left the loss of votes was decisive. What emerges from the numbers is that in Parliament the majority is held by conservative and nationalist forces: this might suggest that in such a polarized election in the second round the votes will be directed toward the candidate of that party.

Obviously, the challenge is very difficult: to win Bolsonaro would have to hope that Lula has already substantially tanked in the first round. It seems equally difficult for Lula to win by a wide margin, a sign of strong disapproval of the Bolsonaro presidency. And in any case, however wide Lula's victory should be, he would find himself with a parliament against him. 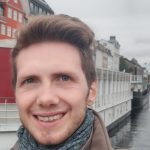 Graduated in Law, specialized in agri-food law as a strategic Italian sector of the economy. Passionate about politics, history, philosophy, spirituality. For over 10 years he has been writing about national and international politics, about the transformations that the world is experiencing.