Italians feel there are too many immigrants

According to a recent survey conducted by "YouGov" in ten European countries in December 2021 (thus about two months before the start of the conflict in Ukraine), immigration to Italy is considered excessive by 77 percent of Italians. The poll reveals that half of the population is certain that immigration is closely linked to increased crime. Only one in five is concerned about its effects on public finances, and no more than one in 10 fears its impacts on employment and wages.

In the past three decades, the number of immigrants in Italy has increased 8-fold: from 625,000 to 5 million. But let's look at government data to frame the aforementioned survey and the widespread perception of an increasing amount of crime in the Belpaese.

Data speak for themselves: crime propensity quadruples among foreigners

As of June 30, 2022, 31% of inmates in Italian prisons are foreigners; in 1991 they were 15.13%. 27.4 percent of foreigners are jailed for property crimes, 30.9 percent for crimes against the person, and 31.5 percent for drugs. Data released by the Ministry of Justice tell, therefore, that one-third of the total number of crimes are committed by non-EU nationals. According to the Antigone Report, in some prisons it is as high as 78 percent foreign presence, as in Milan. At Le Vallette in Turin, and at Rebibbia and Regina Coeli (Rome), the ceiling of foreign presence, on the other hand, breaks through the 60 percent mark abundantly. According to DAP (Deparment of Prisons Administration) statistics, 20 percent of foreigners are in prison for drug dealing, 10 percent for prostitution-related offenses, 9 percent for negligent injury, 8 percent for murder, as many for forgery of documents, and 6 percent for theft or robbery. 27% of femicides in 2021 had an immigrant as the perpetrator.

Data reported in the Antigone association's 13th report on detention conditions tell of an uncontainable increase in the number of foreigners in Italian prisons since the early 1990s. To this should be added that, among foreign detainees, the percentage of irregular immigrants, reported by the Antigone report, is "between 60 and 80 percent depending on the type of crime" and that "almost all immigrants who commit crimes have a record."

The latest data from the Department of Public Security of the Ministry of the Interior, reprocessed by the "Sole24Ore," tell that in the first six months of 2021, foreigners in Italy committed 59% of petty thefts, 54% of thefts in commercial establishments and 52% of robberies in public streets. For sexual assault we are at 39%, for drug offenses 36%, for threats or beatings 25%. Foreigners then accounted for 20 percent of voluntary and negligent homicides, fraud and money laundering.

READ ALSO
Refugee relocation is a trap for Italy

According to the latest Ismu report as of January 1, 2021, there were 5,756,000 foreigners in Italy. Thus, 8.45 percent of the resident population who commit 30 percent of crimes show a propensity to crime about four times higher than Italians.

The most recent Istat data available indicate that non-EU minors up to age 17 are about 1.5 percent of the entire Italian population. A negligible percentage who, however, commit 65 percent of muggings, 50.2 percent of thefts, 48.1 percent of robberies, 47.7 percent of sexual assaults, and 40.4 percent of beatings attributable to their age group. In 2020/2021 alone, reports referring to minors charged or arrested in Italy showed an increase of 14.22%. 45.71% of charged or arrested minors are foreigners. They are the second-generation immigrants.

The outskirts of large cities have turned into powder kegs ready to explode. At the end of the lockdown last spring, the huge brawls in Rome, where hundreds of very young people confronted each other almost every week, had caused an uproar. An attempt had been made to dismiss the emergency as a simple and momentary side effect of the long quarantine. But when on January 15, in the dormitory city on the outskirts of Turin, eighty very young local people clashed against a gang of more than a hundred North African immigrants from the nearby Barriera di Milano neighborhood, considered almost like Turin's banlieue, for a while they stopped beating around the bush.

Italy is in a security crisis, and second-generation immigrant baby gangs are a side effect of immigration that they continue to deny.

The unresolved immigration issue has plunged us into the security crisis

Behind the new San Siro stadium project there is now an Islamic enclave: it is Milan's Molenbeek, where you see women in burqas, drug dealers, and fence-sitters with their merchandise in view. There are convenience stores with Arabic signs and loudspeakers calling for prayer. Just like in the Islamized neighborhoods of London and Berlin.

Women and girls harassed and raped in the middle of the street. Officers and carabinieri assaulted and threatened with knives. Young girls abused or killed by their families for choosing to embrace the "Italian style" (veil-free and with a boyfriend of their choice). And then brawls, drug dealing, juvenile delinquency. These are the crimes and assaults that appear in the news pages and involve foreign criminals, the fruit of criminal immigration. 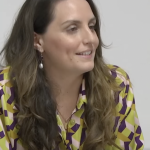 An essayist and journalist, she is an analyst of the Arab and Islamic world. She focuses on immigration and security, with an emphasis on the new Islamization of Europe. She writes mainly for "La Nuova Bussola Quotidiana," "Analisi Difesa" and "Il Giornale."