Looking to the Stars: here's what's happening in space

The heavens are a little more crowded as 2021 draws to a close. There are more players and more systems in orbit … and more threats.

The People’s Republic of China has significantly expanded its role in space. This week, Chinese astronauts at the Tiangong space station engaged in a six-hour spacewalk, the longest ever by Chinese astronauts. The tempo of Chinese-crewed spaceflight activities has accelerated sharply since Beijing deployed its space station, with manned space flights increasing from one every two to three years to one every six months.

Meanwhile, three spacecraft entered Martian orbit this year. While the American and Chinese missions garnered the most attention, the first spacecraft to enter orbit was from the United Arab Emirates. That the “Hope” mission was launched atop a Japanese rocket underscores that there are more and more new players in the space domain. Many of these new players will not only be using space (such as by purchasing a satellite), but will be manufacturing space systems, planning missions, and providing various space services.

Nor will all these players necessarily be nation-states. The American company SpaceX will have launched as many or more satellites in 2021 as most national space agencies. Its 31 launches represent a significant share of the year’s roughly 170 launches globally undertaken in 2021 and outpace Russian and European activities. SpaceX continues to mark additional new milestones. Starlink, its satellite-based internet access network, now has a constellation of 1,700 satellites. This would not be possible if it had not succeeded in massively lowering launch costs. The Falcon-9 that launched a Dragon resupply capsule for the International Space Station marked the 100th successful landing of a SpaceX first stage. The Falcon-9 delivers what the Space Shuttle had only promised—a truly reusable spacecraft, and the tremendous savings that come with it.

The importance of positioning systems

The proliferation of space-based internet in turn reflects the growing dependence of terrestrial business on a variety of space capabilities. International communications have long employed satellites to bridge oceans and continental expanses. But it is in the realm of “position, navigation and timing” satellites that commerce has become truly dependent on space. Such positioning, navigation, and timing satellites, most famously the American GPS satellite navigation network, allow consumers to track their packages from Santa’s workshop to their final destinations.

Those same satellites play an essential role in keeping cellphone towers synchronized and pumping stations timed to sustain the flow of oil and natural gas. Houses are kept warm, and factories can keep running due in no small part to the now ubiquitous space-based timing signal.

China is now openly competing with the United States in this domain, as the Chinese BeiDou system is incorporated into Belt and Road Initiative projects around the world.

All is not peaceful in the heavens, however.

Russia this year tested an anti-satellite weapon that generated a massive debris field. Already shards from that test have forced astronauts aboard the International Space Station to take shelter. Ironically, several of those astronauts are Russian, emphasizing the reality that bad actors may not care about the consequences of their actions, even if it puts their own people at risk.

Meanwhile, China tested a hypersonic weapon with alarming characteristics. Unlike typical intercontinental ballistic missile warheads, the Chinese hypersonic vehicle apparently went into orbit before launching a smaller vehicle and then striking a target on Earth. The decision to place the system into orbit means that, in the future, every Chinese satellite will have to be considered a potential hypersonic weapon carrier—with dire consequences for crisis stability.

While the Russian Anti-Satellite test was irresponsible, Moscow and Washington for decades understood that crisis stability meant that there were limits to each side’s actions. Better to forego certain capabilities that might, in a crisis, create escalatory updrafts that could send a crisis spinning out of control. The Chinese appear to have few such qualms.

These developments are only highlights in the growing relevance of space to terrestrial activities and politics. The final frontier will be an ever-greater consideration in the coming years and decades. 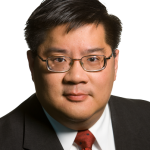 Senior Research Fellow at Heritage Foundation (Washington DC, USA), framed in the Asian Studies Center and the Davis Institute for National Security and Foreign Policy. Expert on China's foreign policy and military affairs. Previously worked as an analyst for Science Applications International Corp. (SAIC), Center for Naval Analyses, and U.S. Congress. He holds a degree in Politics from Princeton University.