In MachiavelliPolicy No. 1, the Machiavelli Center proposes the introduction of a new crime ("Violence or Threat to Prevent Public Meetings or Meetings Open to the Public"), so as to more effectively protect the right to peacefully assemble and publicly express one's ideas. 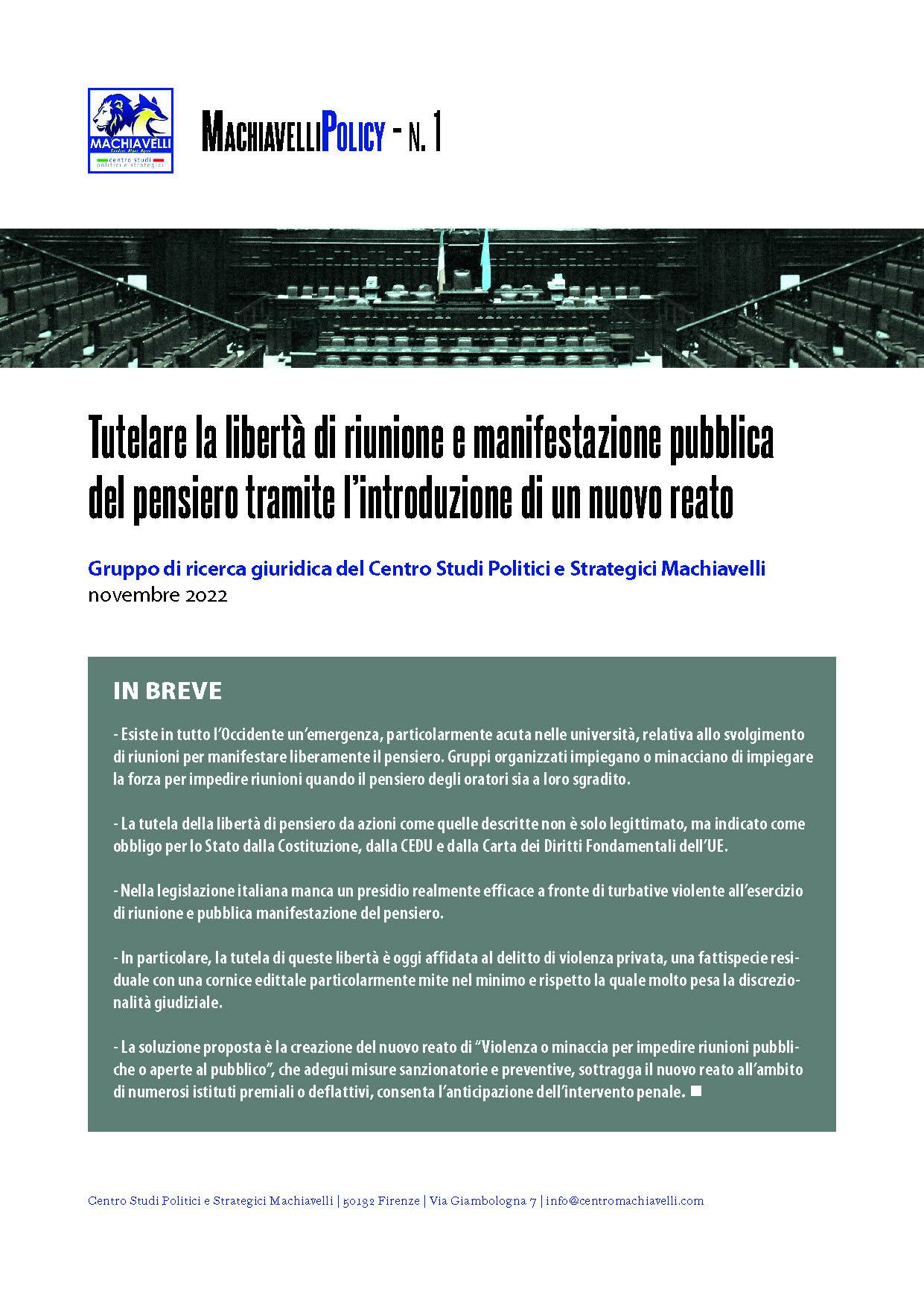