With Ma io stanotte non dormo ("But I'm Not Sleeping Tonight", Castelvecchi, 2022) Angela Camuso writes a vibrant pamphlet on the political-health management of the pandemic crisis in Italy, calling out - without hesitation or softening - the responsibilities of the political class, of health authorities and professionals, and of the intellectuals and media.

An investigative journalist and writer, the author derives the basis for the essay's scathing remarks from her firsthand journalistic work during more than two years of health emergency, during which she gave voice to unprecedented and often tragically uncomfortable findings in her articles and television reports. 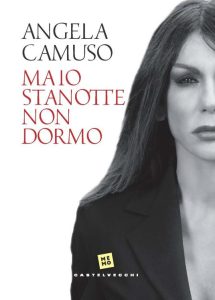 The book recalls the essentials of what to know (and remember) at present about what happened with Italy's emergency policies, combined with a journalist's personal difficulties who did not want to be swept away by the violent tidal wave that also (and first and foremost) hit the news industry.

A personal and professional involvement that began on the very evening of March 9, 2020, when Conte decreed the shutdown of the entire country (initial food for thought in Camuso's earlier book), and continued with the insights into the first positive findings regarding the effects of early home therapies (in terms of fewer deaths and hospitalizations) found by authoritative academics, physicians, health professionals, patients and their families as early as the first weeks after the pandemic erupted, yet always systematically ignored by authorities, when not media branded as something witch-like.

However, in spite of the media silence or discredit, such positive findings of anticovid treatments were consolidating as the months went by, and the author herself, by December 2020, had gathered a great deal of supporting evidence, noting by contrast the accumulation of tragic stories of deaths often linked to a substantial abdication of the medical profession in favor of official protocols that were often ineffective, when not harmful, and deresponsibilizing. And so, as much as it was not easy to overcome the initial skepticism of even Mario Giordano (with his 'typical' screams in the animated confrontation with the author), eventually the director of tv-show "Fuori dal Coro" ("Out of the Choir") was convinced to air Camuso's reports shedding light on these events.

By the way, the writer well remembers a report by the author aired precisely for "Out of the Choir" in February 2022, in which attention was drawn to old protocols (dating back to pre-Covid periods) followed recklessly and with even lethal effects in connection with the use of 'helmets' and lung ventilation in health care facilities. And it left us saddened when comparing it with the media narrative that was particularly outspoken in those very days, in which journalists went on the hunt for cases of 'crazy novaxes' who had refused certain treatment in the hospital, or 'repentant novaxes' who were interviewed or filmed on hospital beds that their relatives could not approach.

But the book also addresses the great taboo of vaccines, in terms of both efficacy screening and adverse effects. And what is reported does not indulge in conspiracy theory and speculative narrative but derives from a timely work of direct documentation and reference of sources. The writer also remembers that in December 2021, among the magazines on the newsstands, a well-known national newspaper ("Panorama") had for the first time explicitly referred to the adverse effects issue on its cover by reporting Camuso's investigation (which had already addressed the problem on previous occasions). Moreover, at that juncture it was even more problematic - if possible - to shed light on certain topics, since the unquestionability of the executive and the strengthening of restrictive policies then seemed 'leviathanically' to proceed hand in hand and to be almost at the zenith (the culmination of vaccination restrictions then came in January).

Still, among the many elements that have emerged from the author's journalistic work is the issue of sanctions and the social and professional discredit that have befallen those scientists and health professionals 'guilty' of not uncritically following the scientific guidance enshrined by dominant institutions and narratives. Camuso's attention has been directed over the months to the many stories of suspended practitioners in Italy.

One of the many - reported by the author on several occasions in "La Verità" - concerns Dr. Giuseppe Barbaro, a medical director at the Policlinico Umberto I in Rome, who was 'guilty' of having his patients undergo medical examinations aimed at assessing possible risks from vaccine injections and then issuing some exemptions for subjects who were at risk of thrombosis.

The book also includes excerpts from Camuso's interview with Robert Malone, among the 'pioneers' in studies of mRNA technology (the basis of Pfizer and Moderna's anticovid vaccines) and who spoke out in critical terms about the vaccine campaigns carried out against covid; the interview had been commissioned but then not published, because - observes the author - "the dirt machine works."

Will the state of exception become the rule?

Continuing between reflections and invectives, in a book that seems to be drafted all in one breath because of the enthusiasm that animates the writing, Camuso comes to focus attention on a horizon even broader than the pandemic context, with an emergency that may become (also) warlike or - let us add - energetic, alimentary, hydric, migratory or with developments that are still entirely unpredictable but precisely united by the emergency element, which appears increasingly weakly filtered by constitutional limits and instead likely to entrench a dangerous state of exception.

In conclusion, the pages of But I'm Not Sleeping Tonight represent valuable opportunities to reconnect the dots of what has been and prepare for the unknowns of the months to come, the developments of which are likely to take on far darker colors than those seen so far. 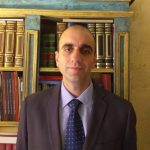