Myth, Science, and the State. Against the imposed truth

Well-known modern facts have brought to light the establishment of the ipse dixit of Science (a new creed substituting the one that for centuries was inspired by the so-called religions of the Book), of its coup-like grip of power on human minds and inside the administrative buildings of public affairs. Around it seems to rotate the forma mentis of politics not only in Italy but also inside every cultural burrow of this slice of land called the West.

In the light of this, we believe that it is necessary to put before it some reflections of a foundational nature. Especially in front of the bitterness - inconsistent and contradictory, to say the least, for the very nature of the scientific phenomenon - that is sprinkled on the bodies and dignity of those figures who try to advance (or propose) a kind of critical thought on the widespread and multiple truths/non-truths that clumsily try to enter the public debate; especially in front of that, we said, we believe it is our duty here to expose, in this short but reasoned essay, some veiled epistemological considerations.

Mythical thought as a defense against the unknown

Considerations that we believe can lead, for our most heartfelt wish, to more noble feelings of understanding of the deep meaning of the term "Science", starting from the intellectual root of the concept itself, at the bottom of which there is concentrated the essence that served as a propulsive motion towards what most characterizes the modern world, in our opinion the so-called "primitive mythical thought".

Focusing our attention on the specific concept of "myth", it is clear to our intellect how it has received, through the centuries, the most diverse definitions. We will avoid, however, not to dwell only on the intrinsic characteristics of the "mythical thought" in itself, but we will use this concept as a yardstick of reference and comparison with what is defined as "scientific thought", with the implicit awareness that, to the demanding reader, the assumption that will take shape in the next lines could be moderately rudimentary. We will start with a brief analysis.

Mythical thought, in its most introspective form, is born from the expression of an emotion generated in primitive man, an emotion produced by a situation external to him. Faced with the mystery of Nature, life, birth and death, primitive man gradually comes to devise representations - often ritualistic - of what he feels, of what he would like to know, of what he witnesses. The mysteries of Nature, which he strives to fully understand, are later reproduced through the filter of his own personal interpretation and multiple causal links. Through the instrument of mythical thought he manages to give himself answers to his questions, arriving in some cases at the deistic anthropomorphization of Nature itself, seeking in it its mirror image but not succeeding, unfortunately, to dig too deep, to attempt a sort of existential fracture from it. He feels at one with Nature, and there is no one rationality that could be able to separate him from the environment in which he lives.

By necessity the myth assumes the function of defending primitive Man from the unknown, from the unawareness of the reasons for the Creation and the natural phenomena ascribed to it, but not allowing him to attempt all those useful actions that could, in different ways, be directed against it.

On the contrary, scientific thinking - i.e. the analysis of the world through the cognition of its separateness and rationality - allows modern man to act directly at the source of the unknown itself, leading him intellectually and groping towards the consequent departure of all that can generate in him that classic restlessness towards the nature of mystery and the inexplicable, slowly coming to fade the intrinsic emotional intensity. Finally asking himself the "why"; that specific "why" that can somehow lead him towards an enlightened path directed towards a deeper awareness and perception of the things surrounding him.

From what has just been said, it is obvious to most people that the real epistemological innovation is the question, together with the ability to think it and the faculty to ask it. That is to say, the understanding of how much it represents a form of power through which to submit the world to one's own authority, to one's own curiosity, definitively succeeding in the intent to modify it in small or giant steps.

At this point we believe that it is clear that the biggest limitation of the primitive myth is to keep these questions at a low, superficial level, as opposed to those formulated by the type of modern man who, having completed the fundamental work of knowledge and self-awareness, comes to imagine more incisive and concrete questions to ask the world. Questions that can build complex and articulated conceptual buildings, and that go beyond the ritualization or the punctual and isolated defense of the single phenomenon.

This procedure accentuates more that primigenial need to find the true causes of the natural phenomenon revealed, as it is through such knowledge that it is possible to intervene on and against it (thus arriving to activate the classical scientific procedure). Consciously or unconsciously the causal links are refined and starts, in fact, the development in an exponential way of what will then become a more complex system, full-bodied and articulated knowledge.

Modern man thus comes to satisfy his anthropological need to place within his mental equipment a logical and conceptual system that allows him to shape the world manu propria, to predict even the subsequent changes. The emotional causality, the magical causality, the confused divinatory signs to be rigidly followed without putting any form of doubt or refutation in front of them, is replaced by a more fluid and elastic mechanical causality, physical, scientifically measurable, which involves in a consequential way a refinement of the interrogative capacity, of the precision of the identification of the questions to ask to the surrounding reality and, with them, a greater ability to act on the world, to be able to discern and detach oneself in a dynamic way from the often incoherent and fickle divine will.

In this specific juncture the Greek philosopher Socrates was strictu sensu pioneer of the art of questioning. Known is his deep and bitter contempt towards every usual form of power, from which he tried to keep himself well away, above all from everything that could remind it (what will lead him to an inevitable death). Whoever wanted could obtain from him the wisdom that determined his superiority, limiting himself, however, to ask the bystanders specific questions (something similar that we can observe in Plato's dialogues).

In conclusion, it is possible to understand how it is thanks to questioning that man is able to cut reality into fragments comprehensible to him, marking distinctions and classifications not as they appear through the typically mythical magical and emotional causal links, but through the way reality reacts to the stimulation provoked by questioning. From the fatal loins of this new awareness it is possible for all of us to witness the birth of the "scientific classification" on the basis of purely scientific causal links, with the ability for modern Man to understand Nature from an external point of view to it, mainly through a power relationship that allows him to act on it, coming to erect interpretative categories in the way he understands best, without waiting for them to explode randomly as isolated facts and not relatable to each other within a causal system.

Rational Theory of the State

The first rational theories of the state were developed within Greek philosophy. Thucydides, for example, attacked the mythical conception of history, eliminating from it the fantastic part and trying to base it on rational thought. Not surprisingly he stated:

My story, never indulgent to the fairy tale, will perhaps sound rough to the ear: it will be enough that those who want to penetrate the real sense of the events, of those that have already happened and of those that, similar and analogous for their quality of human events, will still be able to take place in a future time, esteem my work as fruitful. Possession for all time: this is the substance of my work. Not a piece that draws ephemeral applause when listening.

Buzzwords characteristic of scientific and rational thought can already begin to be heard resonating, in opposition to those of mythical thought. The possibility of penetrating the real meaning of things, the possibility of foreseeing the future, the eternity of what are the conclusions of reason, as opposed to the partial and temporally limited conclusions of primitive mythical thought.

Inherent later in the philosophy of nature, many Greek philosophers seek a principle that is not absolutely accidental, evenemential, mythical, but a substantial, logical causal principle. The development of the Whole is subtracted from the randomness of the whims of supernatural agents and delivered to the causality of the general inviolable and unalterable rules, i.e. a concept radically different from that of the mythical world, where the gods could break the laws and modify reality.

As for society, however, and more specifically the influence of mythical thought within it, Socrates developed the positive power of "self-knowledge": the problem of good and evil cannot be solved by mythical thought, but must be solved from an ethical point of view. It makes no sense to rationalize myth, trying to find the laws within the ancient legends, but they must be rewritten by the men of the present on the basis of the ethics of the present. Man in this way unties himself and assumes direct responsibility for his own society.

In Plato's Republic it is possible to observe how it is stated that politics provides the key to the interpretation of psychology (ascribed to the mythical field until that moment). This new founding postulate of a rational theory of the State came - at the end of the conquest of Nature and of the norms and criteria that regulate ethical life - from reason. Obviously this reason is always represented as being able to identify the truth, thus becoming able to govern the State. 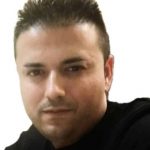 Graduated in Digital Media at the University of Roma Tre, he is the author of several writings of historical and cultural nature for various magazines.