With the documentary film Ennio, Giuseppe Tornatore paid the tribute to Morricone's musical genius that it deserved. Watching the movie, the most attentive listener-spectator is pervaded by a feeling of nostalgia caused not so much by Ennio's well-known compositions as by the recognition that, after the Maestro's death, Italy as well as the entire world has been orphaned of an irreplaceable artistic genius.

Ennio Morricone was driven from an early age to music, by his father's will before his vocation. Just like his father in fact he became a trumpeter. For more than ten years the young Morricone, from humble beginnings in an elitist environment such as the Santa Cecilia Conservatory, had Goffredo Petrassi as his teacher, who could never have imagined that his pupil would make film music. Certainly the environment of the conservatory did not look favorably at all on lending himself to cinema. So much so that the recognition of Morricone's artistic genius by Petrassi's school would come only after more than twenty years of soundtracks, in the form of a letter of apology (with Ennio's subsequent liberating cry).

The late 1950s witnessed the first avant-garde experiments, such as those of John Cage, which were fundamental in developing contemporary music. Morricone himself decided to found a sound experimentation group called "Gruppo di improvvisazione nuova consonanza," almost echoing the futurist experiments made with Luigi Russolo's intonarumori during the first half of the 20th century. Morricone immediately proved revolutionary in arrangement art, so much so that he was called upon to work for (and save) RCA, which was on the verge of bankruptcy. From Gino Paoli to Morandi, from pieces like Il Barattolo to Abbronzatissima, all artists asked to collaborate with him.

In 1963 with Luciano Salce's Il Federale his film career began. It would develop especially with the soundtracks of the first Westerns, following his meeting with Sergio Leone, a former schoolmate. Between whistles and whiplash to accompany any kind of instrumentation guitars, Morricone's music began to fix itself in the collective as well as cinematic imagination, untangling itself in more than 50 years in all film genres. Every end of the decade, beginning in the late 1960s, he declared that he would quit making film music - something that never happened.

In 2005 anthropologist Ida Magli wrote the essay-tribute Omaggio agli italiani. Una storia per tradimenti: an invective against native and allogenous, religious and political rulers who throughout history have often limited, thwarted and instrumentalized that Italian genius to which a eulogy is dedicated, within which the figure of Ennio Morricone could not be excluded.

In music, some residual flash of the "dazzling light" of which Verdi speaks can be glimpsed in Ennio Morricone, a musician who has been able, looking to America and cinema, to propose the preeminent charm of melodic themes, once the substance of opera, practically leading the viewer on the road to an interiority that is never quite there even when, as in Sergio Leone's films, the bottom is to be shown to have been reached. It is music that is the essence of Leone's films: the memory of unspeakable melancholy that remains as the viewers' only trace of it.

However, the same Americans proved to be completely blind to Morricone's genius, awarding him the recognition he deserved out of time, with a lifetime achievement Oscar in 2007. A few years later, in 2016, after being awarded an Oscar for best score in Hateful Eight he added lapidarily, "I don't want to go back to a scary America, with all that pomposity and shame they call Oscars."

Exhilarating and at times moving, Tornatore's documentary in the second half transports the viewer to another dimension on the auditive plane, reaching lofty heights especially by retracing the themes of Once Upon a Time in America and Mission.

Abandoning oneself completely in the 150-minute documentary is the only act of gratitude to the last representative of Italian genius applied to musical art that has influenced and will continue to influence musicians from all corners of the planet. 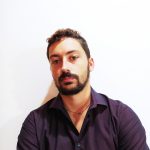