Gender is killing children. Here's the data to prove it

When faced with divisive political arguments, the Left has a bad habit of putting on its figurative lab coat, conducting lousy research, and then declaring that Science has resolved the dispute in its favor. This tendency was on full display during the pandemic: If you didn’t obey faux-scientific orders on masks, social-distancing, or school closures, you must have wanted people to die.

This political abuse of science is emerging again on the issue of gender dysphoria in adolescents. The Biden administration and its allies are declaring that if “gender-affirming” care in the form of puberty blockers and cross-sex hormones is not widely and readily available to trans-identifying children, young people trapped in bodies that do not conform with their declared sex will despair and commit suicide.

Does allowing children to be trans-sexual save their lives?

These comments echo those of advocates like Sarah Harte, who declared that “laws and systems barring gender-affirming healthcare will contribute to higher rates of significant mental health problems, including deaths by suicide.” State policymakers in California, Washington, and elsewhere are responding to laws, such as the one in Alabama, by advancing legislation that makes puberty blockers and cross-sex hormones more accessible young.

Why pro-gender studies are fallacious

Only a handful of studies examine the relationship between cross-sex hormone treatments and suicide risks that compare outcomes for teenagers who received such care to those who sought it but did not receive it. No study uses a causal research design, such as a randomized controlled trial, which is typically required for approving drugs. Instead, many of these studies compare minors who received interventions to those who were unable to get them and find lower rates of contemplating suicide.

There are many defects in this research. First, these studies rely upon surveys of trans-identifying adults recruited from trans support and advocacy groups, so they are not representative of all people who have experienced gender dysphoria as adolescents. In particular, these studies are less likely to include people who resolved these issues without medical intervention and people who had regret about receiving puberty blockers and cross-sex hormones.

In addition, comparing of people who sought and received puberty blockers and cross-sex hormones with those unable to receive them doesn’t give the full picture. One of the requirements for receiving these interventions is being labeled as psychologically stable. So the fact that, suicidal ideation is higher among people who tried but could not get these drugs may be the result of their being disqualified because they were psychologically unstable when they sought them. And existing studies make no effort to control for prior mental health conditions.

In a new report released by the Heritage Foundation, we conduct a more rigorous examination of this issue. We find that easing access to cross-sex treatments without parental consent significantly increases suicide rates. We take advantage of a natural policy experiment that results from the fact that some states have a legal provision that allows minors to access medical care without parental consent, at least under certain circumstances, while other states have no such provision. This variation in state policies pre-dates the introduction of puberty blockers and cross-sex hormones as medical interventions, which began in the U.S. around 2010 and accelerated around 2015.

There is a 14% increase in suicide rates among young people by 2020 in states that have a provision allowing minors to access care without parental consent relative to states that do not. Easier access to puberty blockers and cross-sex hormones by minors actually exacerbated suicide rates.

Importantly, we do not observe any difference between these groups of states in the suicide rates among young adults who would be unaffected by policies that facilitate cross-sex drugs for minors. Suicide rates accelerate only among young people who could be affected by policies easing access to these drugs. The relative increase in suicide rates only occurs after cross-sex treatments are introduced, and the trajectory of the increase matches the prevalence of these interventions.

Giving control back to parents

Given these elevated suicide risks, state and federal governments should reverse the push to make puberty blockers and cross-sex hormones more widely and readily available to minors. We find that facilitating access to these treatments without parental consent is particularly dangerous. This suggests that lawmakers should instead adopt a parental bill of rights to ensure that parents are informed and involved in these critical decisions about their own children.

Despite what left-leaning activists may tell us, science does not demonstrate that puberty blockers and cross-sex hormones are necessary to prevent suicides. In fact, if anything, it demonstrates the opposite. 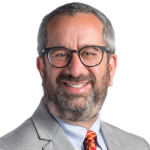 Senior Research Fellow at the Center for Education Policy of Heritage Foundation, USA. Ph.D. in Government (Harvard University), was professor and dean of the Department of Education Reform at the University of Arkansas.