Scottish government defeats feminists: now males too can be women

What Is a Woman? It is the title of a brilliant documentary by Matt Walsh, a lucid and ironic political analyst of the American Right, in which he humorously discusses how, in compliance with woke ideology, gender theory and intersectional principles, it is increasingly difficult to answer the seemingly simple question of the title.

Documentary that it would be good to bring to Italy as well, because even in old Europe the "definition of a woman" is no longer something "simple and within everyone's grasp." This is demonstrated in Scotland, where the question of what a woman legally is ended up in court when a group of old-fashioned feminists sued the Scottish government.

Activists from For Women Scotland were challenging a bill for gender balance on boards of directors. Gender balance, which lawmakers said required trans people who identified as women to fall under the definition of a woman. After the first appeal won in 2022, feminists thought the road was downhill, insisting that the Scottish legislation perpetuated confusion between biological sex and gender (like Italy's Zan Bill). But Justice Lady Shonda Haldane (appointed to the Scottish Supreme Court in February 2021) declared that the definition of sex "is not limited to biological or birth sex." Thus, arguing that the definition of woman must also include people with a "gender recognition" certificate obtained after "changing" their sex, as sex and gender reassignment are separate and distinct, but not mutually exclusive, characteristics.

The final decision agreed with the Scottish government, reporting (as the BBC reported) "the meaning of sex for the purposes of the 2010 Act, 'sex' is not limited to biological or birth sex, but includes those in possession of a GRC obtained in accordance with the 2004 Act stating their acquired gender, and thus their sex."

The issue would end there if the 2010 legislation, which provides a rather long path for "reassignment," were to be applied. But since 2018 feverish activity has been underway in Scotland to make the procedure simpler since the Gender Recognition Bill. A procedure that involves moving away from medical diagnoses or certifications to what is effectively a self-certification in which one confirms one's chosen gender within three months. The new legislation would also apply to 16- and 17-year-old individuals, but a six-month time frame would be required for them. Proposed legislation that has caused more than one controversy, so much so that Minister Ash Regan, Minister of Community Safety, resigned in open controversy (her department also has specific responsibilities regarding countering anti-social behavior and sectarianism).

The whole question of what constitutes a woman thus revolves around the new certificates. And indeed, as reported by the BBC, which interviewed Susan Smith (For Women Scotland's co-director), the battle of the (obviously trans-exclusionary) feminists is shifting to what "defines the certificate" GRC (Gender Recognition Certificate). Smith said:

What a GRC does was never spelled out. We asked the Scottish government if they could give us their interpretation of what it meant for someone to have a GRC, and they said it was a simple administrative change and made no difference. And then they went into court and argued the opposite, and they've won. But it does mean they've been saying one thing to the courts and another thing to parliament."

Is it therefore the piece of paper that says what a woman is? Not least because at stake around the legal definition of a woman is the 2010 Equality Act and any benefits reported in what used to be the obviousness of biological sex (such as board seats).

As usual, trans people's rights groups confirm that "biological women" have nothing to fear. This is the statement of Equality Network and Scottish Trans:

"The ruling confirms the position and we and many others have understood it to be for well over a decade. This ruling does not affect the exceptions in the Equality Act which mean that single-sex services can exclude trans people or treat them less favourable where it is a proportionate means to a legitimate aim. In short, the ruling confirms the status quo and the rights of women and trans people under it.

That is, soon all those who can apply under the new law. It is enough to "feel like a woman" for at least three months.

And muddying the waters is the Cambridge dictionary, which recently changed the definitions of "woman" and "man" to make them more "inclusive." Thus including in the definition of woman: "an adult who lives and identifies as female though they may have been said to have a different sex at birth."

In a while, Matt Walsh's provocative question (of which we recommend an Italian adaptation as soon as possible: these are the cultural battles, not the little public garden named after late politician Giorgio Almirante...) will have to be answered like then U.S. Supreme Court nominee Justice Ketanji Brown Jackson who, when asked by Senator Marsha Blackburn to provide a definition of a woman, shielded herself, "I am not a biologist." 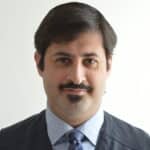