Protocol on Ireland and Northern Ireland

The Protocol on Ireland and Northern Ireland was created as an integral part of the Withdrawal Agreement between the European Union and the United Kingdom, which sets out the terms of the latter's exit from the EU.

From the earliest stages of negotiations for the Withdrawal Agreement, both the United Kingdom and the European Union recognized Ireland's unique circumstances and the need to avoid the creation of a physical border in the territory so as to protect cooperation between the two Irelands.

The Protocol stipulates that Northern Ireland will remain subject to certain European Union rules, especially regarding the transit of goods, while remaining part of the United Kingdom's customs territory.

On Monday, June 13, 2022, a bill was tabled for first reading in the British House of Commons to make changes to the Northern Ireland Protocol, following the identification of several critical issues that have prevented Northern Irish citizens from enjoying the same benefits granted to the rest of the United Kingdom.

The main provisions are as follows:

Under the Protocol, goods in movement between Northern Ireland and Great Britain are not subject to customs duties, and these duties apply only if the goods are destined (or at risk of being transferred) to the European Union. Customs checks to see if duties apply must be carried out at Northern Ireland's points of entry. This means that the United Kingdom, acting in Northern Ireland's stead for the implementation of the Protocol, is responsible for it and must also ensure that all relevant sanitary and phytosanitary ("SPS") controls are carried out.

The new bill aims to replace the current procedures with a new model consisting of a "red channel" and a "green channel" which would determine the customs and tariff treatment of goods. The green channel would be reserved for goods destined exclusively for Northern Ireland, which would cease to be subject to customs checks and controls. The red channel, on the other hand, would be reserved for goods destined for the European Union, including Ireland. These goods would then be subject to the usual customs procedures.

This approach would be supported by a system of fiduciary trade, removing barriers to internal UK trade while avoiding a border on the island of Ireland, protecting both markets and greatly reducing burdens on individuals and businesses. This system ensures the absence of checks and controls between Northern Ireland and the Republic of Ireland, guaranteeing the free movement of goods under the aforementioned EU customs union rules.

This system precludes Northern Ireland citizens and businesses from benefiting from UK VAT and excise reforms or reliefs. The Northern Ireland Protocol Bill, in light of this, aims to allow the Treasury to make provisions for VAT, excise and any other taxes deemed appropriate in relation to the Protocol. This includes the implementation of VAT measures throughout the United Kingdom that would otherwise not be permitted in Northern Ireland.

For example, the recent introduction of a zero rate for the installation of energy-saving materials applies only in Great Britain and not in Northern Ireland, as this change is not compatible with EU law. This bill would, in theory, allow this change to apply to VAT throughout the United Kingdom.

Currently, goods circulating in the Northern Ireland market must mandatorily comply with EU standards even though these will never enter the single market. The new legislation proposes that businesses would also be able to bring goods into Northern Ireland that fall under UK regulatory requirements, even if they do not meet EU standards. This change would ensure that consumers in Northern Ireland would not be prevented from purchasing products that meet U.K. standards, as can happen now.

When will the new law go into effect?

The bill currently does not indicate an effective date, which will depend on its progress in parliament. It is important to note that the proposals in the bill may be subject to change.

The U.K. government has admitted that the bill does not fulfill its obligations under international law, and therefore it is presumed that the European Union will oppose it through legal action. However, the U.K. government has stated that it believes that this failure to comply with international law is permissible under the "doctrine of necessity."

Rishi Sunak has previously been critical of the Protocol, expressing a willingness to renegotiate its terms. Although he did not vote for the protocol bill in the second reading, he later voted for it in the third reading.

To date, no further details have been released on the new PM's priorities and any developments regarding the Protocol.

(Image by jannoon028 on Freepik) 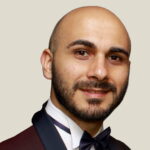 Chartered accountant and tax advisor based in the UK. With a degree in Economics in Italy, he specialized in the UK earning a master's degree in Management and Accounting. Since 2015 he has been a partner at WellTax Limited, where he is serving as Business Director. An expert on the issues of taxation in the UK and the internationalization processes of Italian companies to the UK, he is a consultant and anti-money laundering (AML) policy manager, a Chartered Manager Accountant and a member of the Italian Chamber of Commerce in the UK.