In a recent article, I have pointed to Article 9 of the Italian Constitution as the highest provision, in which one can easily glimpse - through the references therein to nation, culture, intergenerational relationship - the presence in the current legal system of certain postulates already present in the European culture of the 19th and early 20th centuries.

The polite questions posed lead me to add a few further thoughts, also in view of the fact that the verification of the idea of Nation in the Constitution is a relevant step in more ways than one. Such verification, in fact, does not have repercussions circumscribed only to that "war of words," which is probably physiological in any close political confrontation. Rather, the proposed verification invests a particularly delicate issue, dating back to the ideological-cultural rewriting operation following World War II, which inevitably involved the current Constitution as well.

The latter, in fact, beyond the rhetorical statements that still accompany it, did not escape the regression suffered by the concept of "Nation" at the end of World War II, which obviously affected to a much greater extent the states that came out the losers1. In Italy, in particular, the "death of the Fatherland", the reaction to the disillusionments that followed the war, the lacerating two-year period 1943-1945 resulted in an incisive decline of national values in collective life, with the consequence that the nation and the nation-state - it has been argued - were seemingly permanently excluded from the summit of civic and patriotic values2.

The studies that have followed regarding Article 9 Const. confirm the inattention to the subject of the Nation: there has been no in-depth study of the cues, although present in the constitutional text, related to this concept, and there has been a preference for different areas of research, such as, for example, the relationship between Article 9 and Articles 33 and 34, or the connection between Article 9 and the pre-existing laws on landscape protection3.

Current events now pose an urgent question: does the focus on the nation and the national interest -recently returned to the forefront of public discourse and revitalized by the regress of globalization and doubts about the effectiveness of cooperative mechanisms in the EU - constitute only a rhetorical device, the result of obsolete rehashes, or does it find its place in the current constitutional framework? And in the latter case, which idea of "nation," among the various ones advanced, is transposed by the legal system?

It is well known that legal interpretation cannot disregard words. A precise methodological canon, enshrined normatively (Article 12 of the Pre-Laws), despite the doubts raised establishes, as a fundamental moment of legal interpretation, the analysis of the words that make up the provision being interpreted, in order to determine whether it, in its semantic ensemble, actually offers protection and feedback to the interests, problems and needs that historically the reality places before the interpreter.

Article 9 Const. does not escape the rule and, therefore, must be subjected to such an analysis. Its original two paragraphs stipulate that "the Republic promotes the development of culture and scientific and technical research. It shall protect the landscape and the historical and artistic heritage of the Nation." The first fact worthy of attention is the distinction between "Republic" and "Nation" found in Article 9.

The term "Republic" refers to the so-called "state-order," that is, the political-bureaucratic organization, which exercises the power to govern a given territory. Well, Article 9 places on that political organization the task of protecting "the landscape and the historical and artistic heritage of the Nation." Here we have confirmation that the Italian legal system acknowledges that political organization and "nation" are entities that are not always coincidental: in fact, the former (the "Republic") is obliged to protect the latter (the "Nation"). Constitutive attributes of the latter are - Article 9 tells us again - "the landscape and the historical and artistic heritage."

This first reading implies some basic elements, which - although absolutely obvious to subject specialists - it is not useless here to explain. The Nation is inherent, according to the Constitution, in a "landscape" and in a "historical and artistic heritage." These expressions are unequivocal. A twofold indication is drawn from them: the first moves from the observation that "landscape" and "historical and artistic heritage" have their own material consistency, which of necessity insists on a geographically localized territory; Article 1 Const. completes this indication with the specification that this territory is the one designated by the same Article 1 with the word "Italy." The second observation suggested by Article 9 and in particular by the reference to "historical and artistic heritage" is that, in the constitutional vision, the Nation is a non-transitory entity insofar as it is rooted in history and artistic expression, that is, in art and in the sublimation and reworking of reality implicit in it and, therefore, in thought, in the way of being, in a word in the "culture" produced over time in that specific geographic territory called "Italy."

Exegetical attention to the text of Article 9 is not without significance. Territorial rootedness and the ability to produce a "historical and artistic heritage" allow us to answer one of the questions posed at the beginning and precisely the one related to the concept of "nation" made its own by the constitutional order. More precisely, territorial rootedness and emphasis on "historical and artistic heritage" connote the Nation on the ethnic-identity moment, characterized by the common events of lineage, history, culture, etc., which have contributed to the formation of that "historical and artistic heritage." This heritage defines the identity of Italians; for this reason - as will be better discussed below - the Constitution demands its protection, thus adhering to needs of collective identity clearly felt since the earliest times.4

The preeminent ethnic-identity value, assigned by the Constitution to the Nation, is confirmed by Article 51 of the Constitution, where it assigns legal relevance of constitutional rank to "Italians not belonging to the Republic." It should be added that the emphasis on the ethnic element is almost inevitable when referring the idea of Nation to Italy, which - unlike France, England (Great Britain) and Spain - was a politically disunited country from 568 (date of the Longobard invasion) to 1860, for a total of 13 centuries, during which the entry (not always friendly and temporary) of the most diverse peoples makes it uncomfortable, for those who feel like it, to assume an Italian "racial purity, "5 but certainly does not exclude the configurability of a "people," which over the centuries has connoted itself historically and produced that "historical and cultural heritage," to which Art. 9 assigns decisive connotative importance. In this respect, a politically non-neutral aspect comes to the fore: in fact, one cannot fail to see that the "historical and artistic heritage" detectable in the Italian territory is very rich and articulated and certainly connoted at the local level as well.

The focus on local identities is particularly interesting because it attests to how the territorial dimension, the "natural factors" alluded to below, include a historically perceived fact6: the environmental factor also affects the identity culture of the group living in a given territory, with the consequence that the amendment of Article 9 Const. with the recent addition of the environmental and biodiversity protection is consistent with the definition and protection of the Nation, which constitutes the intrinsic overall normative scope of the same Article 9.

Here it makes it important to point out that Italian cultural diversification, to which, in addition to environmental diversity, the morphological structure of the peninsula and the historical events relating to each of its parts also contribute, does not prevent us from grasping ancient and solid common roots in a relationship of mutual vivification between local connotations and unitarily shared cultural frames, of which - again - there is no lack of historically dating examples7. 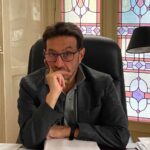 Scientific Advisor of the Machiavelli Center for Political and Strategic Studies. Former Head of the Legal Department of a bank, he is currently Full Professor of Civil Law at the University of Milan-Bicocca. Author of six books and about a hundred articles and minor writings on private, commercial, banking, and financial law.