Smart working: a boomerang for equal opportunity and social inclusion

Law No. 81/2017, in its preamble, states that its purpose is to "encourage flexible articulation in the times and places of subordinate work," and defines agile work as a "mode of execution of the subordinate employment relationship." The fundamental pivot of the legislation is that the mode of execution of teleworking is the agreement between the parties, by which is meant the Company and the worker, i.e., the Trade Unions.

This principle has been partly overtaken by an important Court of Cassation ruling and the changes in the Institute caused by the covid pandemic. The ruling is No. 27913 of Dec. 4, 2020, which offered a meaningful reading of Art. 2087 of the Civil Code, according to which "the entrepreneur is obliged to adopt in the exercise of the enterprise the measures that, according to the particularity of the work, experience and technique, are necessary to protect the physical integrity and moral personality of the employees."

The Court, on the basis of the aforementioned Art. 2087 (but also Art. 32 Const.), establishes a general obligation of the employer to prepare all measures to protect the physical and emotional health of the employee and, although it does not expressly mention agile work, it can be inferred that if this is a suitable way to avoid harassing conduct, although the same is not directly attributable to the employer but implemented by its employees in the work place, the Owner has an obligation to adopt it when it appears the likelihood of the materialization of the resulting risk.

Just taking a look at the numbers, however, it can be understood how the use of agile work had a different conceptual approach and only a propulsive impulse during the pandemic period when, forcibly, it became the only mode of work allowed in order not to totally block productivity, while safeguarding at the same time, the need to stem the spread of contagions. And so, despite the fact that there was already a national norm regulating ordinary agile work, it had to proceed as an exception, not only in terms of the contractual regime (which provides for a mandatory signed agreement between the employer and workers) but also in terms of the instrumental organization (we had to make do with what was available).

Companies have all been faced with problems of instrumental inadequacy, which, although efforts have been made to address with provisions of ad hoc spending chapters, provided for by various Prime Minister's Decrees, have not been sufficient nor always timely. As a result, the forms of agile work adopted in the pandemic phase, although inspired legislatively by the national law on ordinary smart working, have in practice been more like working from home; that "simple relocation" theorized in the early 1970s by the aerospace scientist Nilles, who had the ambition of decongesting Los Angeles city traffic, and this with all the consequent difficulties associated with carrying out work tasks in the absence of the "bureau" .

If these organizational difficulties have disoriented all categories of workers across the board, there is no doubt that they have aggravated the position of frail and disabled workers, for whom, at least for a certain period of time, it was hastily resolved by equating their absence with hospitalization. And again, the 2019 Budget Law then defined some criteria for prioritizing access to smart working initiatives: for example, it indicated giving priority to female workers in the 3 years following the conclusion of the mandatory maternity leave period and to workers with disabled children. Approaches that denote a still limiting interpretation of agile work, aimed more at "ghettoizing" those who use it, rather than accompanying the digital transformation of Italian companies.

Indeed, we stress that doing so, hiding behind "welfare good intentions," relegates workers, particularly women (who by cultural heritage are still considered the only ones deputed to family duties), to a marginal corporate role, unworthy of achievement, opportunity and career advancement. Women, the frail and the disabled have been effectively removed from social inclusion; that social inclusion called for in international treaties, as of 2000, then transfused with EU treaty amendment in 2016, in Articles 21-26.

In Italy, the law that regulates and protects the employment of the disabled is first and foremost Law 68/99, which is currently being revised by virtue of Delegated Law 227/21, which entrusts the government with the task of revising the entire regulatory framework on disability. If it is true - as can be appreciated from the combined provisions of Article 2 of Law 68/99 where it is stated that "targeted placement of the disabled" means (omissis) "that set of technical and support tools that allow to adequately assess people with disabilities in their working abilities and to place them in the appropriate place, through job analysis, forms of support, positive actions and solutions to problems related to environments, tools and interpersonal relationships in everyday work and relationship places" (omissis); of Article 8 of Law 104/92, according to which (omissis) "the inclusion and social integration of the disabled person is achieved through [... ] measures to promote the full integration in the world of work, individually or in association, and the protection of the workplace" (omissis); of Article 10 of the National Protocol on Agile Work signed on December 7, 2021 under the heading "Fragile and Disabled Workers" which determines that (omissis) "except as provided by law, the Social Parties undertake to facilitate access to agile work for workers in fragile and disabled conditions, including with a view to using this mode of work as a measure of reasonable accommodation" (omissis) - it is also true that these steps are not sufficient to achieve full integration nor full realization of the integrity of the physical person.

Those who daily measure themselves with the difficulties due to the non-accessibility of company platforms that, almost never, can be called "friendly," of screen readers, know very well that, with the encouragement of working from home, an additional disparity has been created: between able-bodied workers, between workers with motor disabilities (who can sit at their desks like the fully able-bodied) and those with sensory and intellectual disabilities. Failure to implement the basic principles of international protocols and best practices, which have been known for more than 20 years now, has created and reinforced yet another architectural barrier: the digital barrier.

A reminder: the 2004 Stanca Law, which requires public administrations to make their systems accessible, imposes the obligation, only on public administrations and not also on private companies. It does so for the protection of the users and consumers of the services offered, and not also for disabled workers, who are employed to render this or that service. It does so with an accessibility oversight body, the Digital Italy Agency, which mostly just certifies compliance requests, but hardly ever performs inspection tasks (its own site has some critical issues).

We then go in search of solutions traceable in the institutes of private law, in the systematic analysis of the countless norms of different ranks, which have followed one another in a hail of disasters, creating no small amount of disarray and disorientation in the recipients, whether they are companies or workers, until we arrive at the experiences of entrepreneurial engineering, of establishing the figure of the disability manager.

Disability Manager as enabler, that facilitator also indicated in the basic principles of the enabling act, a resource that can also be identified within HR, without having to invent a new professional figure, as long as he or she has acquired those skills and abilities that will allow him or her to identify the tools and strategies, the reasonable accommodations, already indicated by Law 350/2000 on social integration. A facilitator who has the ability to foster relationships and interactions among colleagues, a figure who knows how to identify the peculiarities of the disabled work resource, who knows how to make it productive, useful to the entrepreneurial purpose, referring to art 2087 c.c. and fully integrated.

After all, in the preamble to Article 1 of Law 68/99, the intentio legislator was not to "park" the worker in the company with a mere obligation to hire (which is why the Ministry of Labor, with Decree No. 43 of March 11, 2022 , calls for an expansion and strengthening of the skills of the targeted placement operators, so that there is an accompaniment of the insertion to the mandatory placement that, for the writer, will have to be guaranteed by a follow up, time by time, in the Company and there is no more apt figure than that of the Disability Manager to achieve this goal).

A central role will be played by training, as anticipated in the European Community resolution of September 13, 2013 on agile work, then also reiterated in the national protocol of December 7, 2021. It will have the ambitious task of bringing about a Copernican revolution, a revolution in social culture, only when we can organize work by basing it on objective criteria, not influenced by physical characteristics, group membership or differences of opinion, no longer frantically chasing corrective systems, ex post. Only then could we say we have achieved the goal of inclusion.

It will take everyone's work with constant monitoring; that monitoring conceived by the European Disability Forum, the National Observatory on Disability, and the National Conference on Disability, so that the actual implementation of the "individual project of independent living" can be analyzed, circulating experiences to create wealth. To achieve this result, it is necessary for the lawmaker, as part of the reorganization of the subject, to provide an ex lege obligation by amending Art. 3 of Law 68/99, finding among other things a viable resource in Recovery and Resilience Plan Chapter 5. It is unthinkable to believe that the Disability Manager role is left to the pioneering application of the sensibility of a few futuristic entrepreneurs. 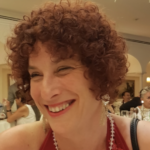 A lawyer specialized in legislation and parliamentary law, author for the Study Service of the Chamber of Deputies, she holds law degrees from the University of Pisa and the University of Cordoba (Spain). Master in Science of Law and advanced courses in Community Law, Civil Mediation, Civil Mediation in Banking and Finance. Member of the Justice Department of the Lega Salvini Premier in Tuscany.