by Mary McCloskey and Jared Eckert

"The short version of my detransition story...is that when I was fifteen, I was introduced to gender ideology on Tumblr and began to call myself nonbinary.” So writes 23-year-old American Helena Kirschner in her heart-wrenching autobiographical piece, By Any Other Name. In her testimony, Helena traces her pursuit of gender transition back to her adolescent obsession with Tumblr’s pastel-colored icons of waifish androgyny. The time spent on these blogs began to distort her self-perception. Eventually they led her to virtual haunts where her “friends” blamed her teenage angst on being born in the wrong body.

Helena’s story is not an anomaly. Other detransitioners, such as Keira Bell and Grace Lidinsky-Smith,, were also exposed to gender ideology online. Today, research shows that the majority of those who transition were persuaded to do so online through social media, blogs, and YouTube.

The spike in teens using social media and identifying as transgender is no mere coincidence.

Today’s teens have only ever known a digital world. New media—smartphones, social media, and the internet suffuse their waking hours. The ubiquity of such technology means that teens spend more of their lives behind screens than hanging out with friends, going out, or getting their driver’s licenses. On average, teens spend almost nine hours plugged in every single day.

Behind those screens, sexual and transgender content saturates the digital spaces where most teens hang out. A simple hashtag search will instantly load thousands of LGBTQ posts on the social media platform of choice. For example, on WattPad, a new social media platform, one search turns up over 4.5 million original story uploads. Or consider TikTok. A search for “top surgery” loads countless clips of young women flaunting mutilated chests with millions of views.

None of this happens by chance. Digital spaces are ever more designed to promote sexual and transgender content. For years, Tumblr allowed adult content to its servers before changing its policies. Others, like Twitter, continue to allow pornography on their platforms. With respect to transgender content, TikTok updated its community guidelines this year so that "anti-LGBTQ+ content” is no longer allowed. More recently, Twitter, which has long censored dissenters, has been deplatforming those who say transgender activism is “grooming.”

Some platforms are even designed to hide youth’s activity from the watchful eye of their parents. Some online LGBTQ sites, such as Q chat space and LGBT Hotline chatrooms, allow youth to easily chat with LGBTQ strangers. If that wasn’t bad enough, these sites feature a “quick escape” button that hides the chat.

Given the high rates of tech usage among teens and the ideologically motivated design of digital spaces, it’s no wonder more Gen Z’ers identify as trans compared to older generations.

This is exactly what radical gender activists want. They have long championed access to pornographic content online as essential to the “queer ecosystem” and to LGBTQ youth “self-discovery.” This is why the Human Rights Campaign insists that teens need to have access to online spaces, where they “have privacy” to “find out more” about their gender. It’s also why GLAAD, another LGBT activist group, is pressuring social media platforms to adopt policies that protect trans content. And when it comes to parents, activists argue that a parent’s restriction of transgender and sexual content online is “rejecting behavior.”

Ultimately, activists assert that ensuring minors’ access to transgender content online is vital for the mental health of “LGBT” youth. But nothing could be further from the truth.

Increased social media usage and exposure to sexual content undermine teens’ mental health. A couple of recent studies (here and herehave found that the more time teens spend behind screens or scrolling on social media, the more depressed and less satisfied with life they are. Other research shows that early exposure to sexual content is linked to poor mental health and life satisfaction. Internal research at Instagram even found that 6 percent of teen Instagram users who struggle with suicidal thoughts traced it back to the platform itself.

Worse, promoting and protecting content that encourages gender transition can lead to irreversible harm. The chemical and surgical interventions used for gender transition cause health problems like cardiovascular disease, reduced bone density, and, ultimately, sterilization. They don’t even improve mental health in the long run: Those who surgically transition are 19 times more likely to commit suicide than their peers, and teen suicide rates are found to be higher in states where minors can access these interventions with greater ease.

Decisions about what youth need to hear or see should not be made by Big Tech employees in Silicon Valley. Instead, parents, with the help of policymakers, should be better empowered to care and protect their kids online.

Parents should consider steps they can take to protect kids online. For instance, they can keep kids off social media until they are older, encourage only public use of the internet, and use filters.

Lawmakers can also help. Raising the minimum age for internet use (as the Child Online Privacy and Protection Act would do) may be one way to protect kids from online harms. Another step in the right direction would be to prohibit the sexual exploitation of minors and the promotion of content that poses risks to minors’ physical and mental health (which the Kids Online Safety Act would do). If we seek to protect kids online, we must guard against the harms of sexual and transgender content.

Given the woke design of digital spaces, kids need protection online now more than ever. Lawmakers and parents both need to step up. 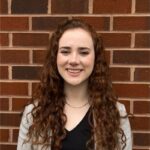 B.A. student in political science and government (Christendom College), she is an intern at Heritage Foundation. 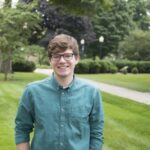 B.A. in Philosophy (Hillsdale College) and M.A. in Religion (Westminster Theological Seminary), he has been a research fellow at the John Jay Institute and Heritage Foundation.