In 2018 there were about 50 million vehicles on the road in Italy, of which 39 million were cars; new registrations were about 2 million. The total fuel consumption of circulating vehicles was 33 million tons. Considering that 1kg of fuel is equivalent to about 12kWh, if all vehicles in Italy were electric in 2018, the vehicle fleet in our country would have consumed about 3,670 TWh.

The total consumption of electricity ( industrial, civil, domestic) in Italy in the same year was about 321 TWh. Therefore, we would have had to multiply electricity production by more than 10 times to have the amount sufficient to power our country and its electric cars.

This is why the stop to internal combustion engines in 2035, decided by the European Commission, is basically unrealistic.

Although this stop would only affect new registrations, in the following years it would still be difficult to guarantee the necessary energy source to power new electric cars and, at the same time, national needs for other purposes. Moreover, as pointed out by several quarters, the abandonment of endothermic engines by 2035 would result in a considerable number of businesses at risk in Italy: we are talking about 450 out of 2,198 that make up the automotive supply chain, with about 70,000 workers losing their jobs.

Again, it should be considered that the CO2 emission impact of European Union countries is about 6.4 percent of global emissions. China's is 27 percent, the U.S. 11 percent and India 6.6 percent. Scientists warn that without an agreement between Beijing and Washington, it will be difficult to avoid a dangerous spiral of climate change in the coming decades.

Thus, a substantial decrease in CO2 emissions in Europe alone would not result in a substantial benefit to the global environmental impact, while it would cause enormous damage to the economy, with losses of tens of thousands (considering Italy alone) of jobs, and serious risks to the energy supply of our Continent as a whole.

For all these reasons I hope for the EU Council to reconsidered its decision, for a policy closer to the real needs and problems of the European peoples, on labor, employment and development, without purely ideological stances. 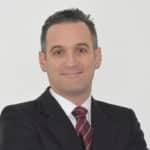