The importance of staff to political success: lessons from the Trump case

President-elect Donald Trump arrived in D.C. with an unambiguous mandate for his agenda: Build the wall, end the wars, put America first in economics, and drain the swamp.

In spite of nearly total and vicious opposition from mainstream media, Wall Street, Big Tech, the Pentagon, the intelligence agencies, FBI, Hollywood, institutions of higher education, and GOP leadership, Trump prevailed. His victory did not happen because he spent the most, but because the people agreed with his agenda and supported him. This was an amazing feat.

There is an old adage in the salons of Washington, D.C.: “Personnel is policy.” Just like in the business world, a government institution must have the right people in positions of authority to be able to successfully implement a plan of action. Unfortunately, Trump failed miserably at this. He repeatedly chose the wrong leaders for his administration, many of whom did not support his agenda.

Trump’s instincts to reach out to the establishment were correct, and Reince Priebus could have served as a supportive advisor to facilitate such outreach, but it was a serious mistake to make Priebus the chief of staff. Priebus flooded political appointments to federal agencies with his swampy comrades and blocked the appointments of true believers in Trump’s America First agenda. The early personnel choices made by Priebus and his allies weakened Trump’s ability to implement promises made during his successful campaign.

The upper echelon of Trump’s foreign policy team represented the starkest disconnect with his campaign promises to end the wars and put the well-being of Americans first. Former Secretary of State Rex Tillerson was promoted and advised by Condoleezza Rice, a principal architect of the disastrous Bush-era foreign military adventures. John Bolton, whom Trump brought on as national security advisor, was an ardent advocate for American military intervention. Former Secretary of Defense Jim Mattis played key roles in the failed wars of both Iraq and Afghanistan. Former Defense Secretary Mark Esper worked in George W. Bush’s Defense Department before his lobbying stint at Raytheon, a weapons contractor that notoriously lobbies for increased American interventions.

If Trump had hired architects with his foreign policy team’s record of failures, his buildings would have collapsed. Unfortunately, the list goes on to hundreds of other appointees brought into each of the national security agencies—enough to publish a book.

Another fatal flaw in implementing Trump’s foreign policy agenda was his awe and respect for the generals. The armchair officers sporting their wide arrays of colorful campaign ribbons capitalized on Trump’s fascination with America’s military. Many of them had only led our military to failures, all at the tragic expense of our citizens and the unlucky peoples of the countries we invaded. Yet these generals do not view their disastrous records as failures, because catastrophe after catastrophe saw them rewarded with promotions and consistently expanding budgets. In no other industry can leaders remain in charge if every project for which they are responsible completely fails to achieve the promised outcomes.

Due to the chaos of his administration and constant attacks, President Trump often became isolated and leaned on his family for support. Trump did not fully understand, however, the risk of granting gatekeeping authority to his son-in-law, Jared Kushner, someone who had no real connection to the MAGA base. Jared grew up a limousine liberal in a culture that had disdain for the concerns and interests of Americans in flyover country. Jared may have impeccable manners, but his political exposure did not extend beyond New York’s Upper East Side society.

A prime example of Jared’s disconnection from the Trump base was when he brought Brooke Rollins on to be a presidential advisor, and later moved her up to become chief domestic policy advisor. Rollins is a Bushie open borders advocate. Rollins now heads the America First Policy Institute, which has hired former appointees who failed to implement Trump’s agenda when he was in office.

During his tenure as chief strategist in the Trump White House, Steve Bannon was for a time able to bypass the anti-Trump cadre to implement the America First agenda. He was quickly pushed out, however, and replaced with Kushner acolytes like Rollins or swampers loyal to Vice President Mike Pence.

Often, when President Trump directly asked that certain people be hired, they were kept out by staff, who slow-walked and gamed the system. Many resumes of conservatives were not even considered. At times the administration appeared to have a policy of “MAGA Patriots Need Not Apply.” Even ignored was former Kansas Secretary of State Kris Kobach, who is a well-known crusader against voter fraud and predicted the problems of the 2020 election.

Donald Trump courageously created a movement that has embraced his policies of protecting our borders, ending destructive foreign interventions, making decisions based on what is good for America, and making America internally strong. Ten years ago it was difficult to discuss any of these ideas, but now they are in the mainstream. There is much to do.

Why focus on the lower levels? Because a robust, aggressive lower tier in our federal system will make it far more difficult for the uniparty trolls to undercut the real work of reforming our country. And even more important than building a solid foundational base, all Americans who believe in MAGA need to be ready to denounce and remove the opponents of the America First agenda in 2024. Preparing to battle those enemies of freedom now will be the best defense against them when it counts. 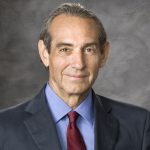