Mi Hazank: who are the other winners of the Hungarian elections

In addition to Fidesz-KDNP, a small party, Mi Hazánk Mozgalom (Our Homeland Movement), which broke away from Jobbik in 2018, is considered the other winner of the 2022 parliamentary elections.

The party's list result above the 5% electoral threshold was a surprise for two reasons. The war in Ukraine at the end of February shifted the political agenda in a direction that was not at all favourable to the party: the war polarised opinion in two directions, reinforcing the bipolar nature of the political contest, and for weeks it sidelined all the political issues (e.g. the response to the Covid outbreak, political scandals) on which the Our Homeland campaign was based.

As a result, with a few exceptions, polls were showing the party below the parliamentary threshold. Also, based on the experience of previous parliamentary elections, a turnout of around 70% on election day seemed to be a factor working against the success of smaller parties. However, on 3 April 2022, Our Homeland easily crossed the electoral threshold, collecting more than 330,000 votes, with the vast majority of its single-member constituency candidates coming third.

The secret of the party's success in this election was its recognition of the political situation, the successful and disciplined implementation of its campaign strategy, and its unique character, the past and the behaviour of its politicians, which it could build on to become a stable player in Hungarian politics.

Our Homeland establishment and organisation

The Mi Hazánk Movement is a distinctive actor in the Hungarian party system. At Jobbik's 2018 election, László Toroczkai lost to Tamás Sneider by 46-54, which was followed by a party split, but the new party created by the departing members had a much more serious background than this conflict, even at the moment of its foundation.

Since the early 1990s, there has been a group of voters in Hungarian politics who were not only disappointed with the change of regime, but were also very angry about the way social and economic processes were developing. It was this group that created and maintained the Hungarian Justice and Life Party (MIEP), led by István Csurka, for more than a decade, but many of them also supported József Torgyán's Smallholders' Party (FKGP). The political elite of these parties in the 1990s, and a significant number of their candidates, came from this social stratum, whose members felt that they had not received real compensation for communist nationalisation, that they had been cheated during privatisation, and that they had not seen a profound political and cultural turnaround. After the disintegration of the FKGP and then the MIÉP, many of them became supporters of Fidesz or turned passive, and some of them saw in Jobbik, which became a party in 2003, a player that could carry forward in the 2000s a political programme that, paradoxically, while being rooted in the disappointment of the 1990s, was based on both nostalgia for the interwar period and a political tradition that was critical of the system (e.g. Endre Bajcsy-Zsilinszky, the popular writers' movement).

Several politicians who played a central role in the initial success of Jobbik and the current success of Mi Hazánk are linked to this political milieu.

László Toroczkai was already a candidate for the MIÉP in Szeged in 1998, but there are several other politicians in Mi Hazánk who were active not only in Jobbik, but also in other organisations linked to the radical right (e.g. HVIM, MÖM) or even in MIÉP in the previous decades. Thus, the circle that organised the party (mainly László Toroczkai, Dóra Dúró, Előd Novák) had considerable experience in how to build a community on a network of local groups and alternative news sources, which either does not get coverage in mainstream media or, if it does get coverage, is portrayed in a negative light. It is no coincidence that the dynamics of the Our Homeland campaign, the many local events and the atmosphere that prevailed there reminded many people of the Jobbik European Parliament campaign in 2009.

In relation to the party's organisational background, it is worth noting that it was successful in the 2019 municipal elections in several counties, thanks to which it could rely on city councillors (e.g. Eger, Miskolc, Tatabánya), county assembly representatives (in 6 counties), and even mayors in some regions. The party's most successful individual candidates were also mainly candidates who had some local political office (e.g. Dávid Dócs, László Toroczkai), local knowledge and political experience or had stood in several previous elections in the constituency concerned (e.g. István Apáti).

Some features of Our Homeland's election results

The election results of MIÉP and Jobbik, which are linked to Our Homeland in several ways, were characterised by very marked regional differences. MIÉP's base was concentrated mainly in Budapest and Pest County, and in the Buda districts it even doubled its national support in some elections. Jobbik, on the other hand, was strongest mainly in the regions of Northern Hungary and Northern Great Plain, which before 2009 were characterised by left-wing dominance, based on the social impact and 'heritage' of former industrial, large-scale agriculture. In many respects, these areas became the losers of the economic transformation that accompanied the regime change, known as the transformation crisis, which, together with other sources of tension (e.g. unemployment, problems of repaying foreign currency loans, conflict with the Roma in the 2000s), created a new opportunity for Jobbik's anti-elite and anti-Roma agenda, which was announced around 2009/2010. In the decade of 2010, the party was able to show serious successes in the Transdanubian region, mainly in industrial towns (e.g. Dunaújváros, Tapolca).

In the case of Our Homeland, we see a new situation, different from Jobbik in several respects. With the exception of Budapest (4.11%), the party has achieved results above 5% everywhere, an "axis" can be identified along the Tisza river, where its support is well above the national average, but there are no differences between the results in the counties that used to characterize Jobbik. Support for the Our Homeland list in all counties was between 5-8%, with the best result in Nógrád county (7.66%), while the share of votes in Heves, Jász-Nagykun-Szolnok and the three southern counties of the Great Plain rose above 7%. In the 2019 EP elections, only in Jász-Nagykun-Szolnok county did it achieve a result above 5%, which, together with the partial successes in the local elections, reflects the result of a rapid, conscious and effective building process.

Questions on the future of the party

In many ways, Our Homeland enters the current parliamentary term in a good position. Its politicians are experienced in all fields, their style and programme are known, and they are in tune with the platform that has built up a network to mobilise and reach the threshold even with a turnout of 70%. The latter is also of particular importance because it has proved during the campaign that it can provide the party with strong support even when the national mainstream media agenda does not focus on issues that would in principle create a favourable environment for Our Homeland.

Unless there is a fracture within the circle that founded and currently runs the party, it is unlikely to see a significant drop in popularity.

The party's room for manoeuvre could be influenced primarily by the dynamics between the opposition parties in the coming years. After another large-scale defeat, it is questionable what strategy Jobbik will follow, whether it will attempt to rebuild its independent profile or whether it will finally commit itself as an ally of DK (Democratic Coalition) in the power struggle within the opposition. If Jobbik continues to pursue the strategy of the last two years, and if the opposition parties use 'rural Hungary' as the arch-enemy to be defeated in their post-election communication, it may even be possible for Mi Hazánk to gain in a few years the level of support that Jobbik had 4-5 years ago. This situation, however, would mark a new chapter in the history of the Hungarian party system. 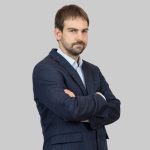 Research Fellow in the Center for Political Studies, School of Social Sciences and History of the Mathias Corvinus Collegium (MCC), Budapest.