The operational attrition of Russian vehicles in Ukraine

A brilliant thread on "Twitter" by Trent Telenko, a former civilian employee of the U.S. Department of Defense, helps us understand more about how significant "operational attrition" can be on the outcomes of the war in Ukraine.

What is operational attrition

For the layman: "operational attrition" is the loss of equipment without it being hit in direct combat action, i.e. without a shot being fired. If it is true that every mechanical device is subject to wear and tear with use and therefore sooner or later ceases to operate, this is even more pronounced in war. According to Telenko, each kilometer covered during a military operation can be equivalent to between 10 and 20 km of normal use. The reason is simple: the time pressure of operations and the difficulties of different terrains require the use of the vehicle to the limits, if not beyond.

The maintenance of US military vehicles.

Telenko participated in U.S. Army programs between 2003 and 2008 to restore to full operational status FMTV trucks (support and supply trucks) subjected to a year of "going to the max," i.e., extreme operational use in Iraq and Afghanistan. He also cites a specific article by Gilbert Duran called Resetting the FMTV: the Army Tank-automotive and Armaments Command Reset Program refurbishes FMTV trucks returning from Afghanistan and Iraq. Telenko recalls how none of the vehicles being serviced were able to operate, despite having traveled a limited number of miles.

The vehicles were no longer operational, on the one hand because they had been cannibalized for spare parts to be used on site on other vehicles, on the other hand because the mechanical components were heavily worn (suspension "smashed", radiators pierced, oil leaks and the like). Needless to say, none of these vehicles had an intact windscreen.

All this took place despite the fact that the US Army has a professional corps of non-commissioned officers dedicated in a maniacal way to the maintenance, even preventive, of the vehicles; as well as "unionized" work shifts for the drivers of these vehicles, with the main purpose of not compromising men and means for future operations.

The deficiencies of the Russian Armed Forces

The current priority of the Russian Armed Forces is to transport both light and heavy artillery ammunition. Each truck is sent to the operational area in whatever condition it is in and often overloaded with material. Operational priorities take precedence over checking for overheated engines, oil or other fluid levels.

The result for the Russian Armed Forces is that "sticking to the strategic plan" has practical consequences in the war in Ukraine: for example, the excessive fatigue of the drivers could be the cause of numerous documented cases of trucks falling off bridges or on the sides of roads, without having been attacked. If one adds to this the fact that these overloaded trucks must pass through roads devastated by bombing, or where other convoys have been destroyed, it is evident that "trivial" incidents such as punctures, brake failure or other mechanical damage due to debris on the ground increase exponentially, drastically decreasing the support and supply capacity of the troops. It goes without saying that the time taken to travel over rough terrain is much longer, adding further inefficiencies.

Another problem is due to the effect of conscripts, who out of haste and lack of care for the means think only of saving their own lives. An emblematic example is the evacuation of the helicopters from the base of Kherson. The speed at which the lorries towing the helicopters were moving, in order to get out of the range of the Ukrainian artillery fire as quickly as possible, reduced the helicopters very badly, making them almost unusable or in any case in need of extraordinary maintenance.

#Ukraine: After the effective Ukrainian strike against #Kherson AB, Russian forced towed away some of the damaged Helicopters; 2x Mi-28 “Havoc”, Mi-24 “Hind” attack helicopters and an Mi-8[AMTSh] transport were moved away, presumably for serious repair in Russia. https://t.co/Jots5rp4iV pic.twitter.com/BH9SaGzL3U

Will operational attrition be a deciding factor?

The inevitable effect of all these factors put together is exposing the Russian Armed Forces' fleet of support and supply vehicles to a very high level of "operational attrition". So what are the practical consequences?

This is how "operational attrition," if Telenko's prediction is correct, could be the decisive factor in the defeat of the Russian Armed Forces. 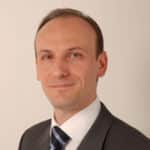 MP of Lega, member of the Foreign Affairs Committee at the Chamber of Deputies. Former Undersecretary for Foreign Affairs in the first Conte Government. Graduated in Economics (University of Florence), Master in Business Administration (Bocconi University), manager of a banking company.