Reading Clausewitz to understand what is going on in Ukraine

What is happening in Ukraine and what awaits us in the future?

Answers to complex questions often have to be sought in the classics. Those who, prompted by the events of the last few days, start leafing through Clausewitz's Vom Kriege, will find in chapter I of book one a typology of war. The initial definition of the phenomenon is not the one everyone knows, or has heard: continuation of politics by other means. On the first page of the text, war is equated to a duel on a large scale or, better, to a set of duels. It is the clash of two fighters: each with the use of force wants to "knock down" the rival, prevent him from any resistance and then impose his own will. The means, violence, thus serves the political end. Between means and ends, however, there is an interactive relationship: one influences the other and vice versa.

The violent relationship between adversaries is also interactive; to understand it, it is enough to think of the Great War. In the summer of 1914, the general staffs of the countries already involved believed that hostilities would be over by Christmas. This was not the case. The effort expended on the battlefields did not produce the hoped-for outcome. Due to technological evolution - increased firepower - the defensive was structurally superior to the offensive. It followed a progressive increase in military commitment and a rise in the level of violence, which also pushed up the political objectives of the belligerents. The increasing price of blood paid imposed adequate "compensation".

The second interaction is that between the "duellists", the adversaries. The war activity is not aimed at producing effects on an insensitive matter, a defenseless subject, but on a social community, a political body that resists and reacts. At the start of hostilities, the degree of intensity of the violence of armed conflict is calculated with reference to the extent of the goal that the attacker intends to achieve. The greater the importance of the objective pursued, the more intense the effort. The ultimate, political, goal of the war determines or should determine the military objectives in the war, considered necessary and sufficient to achieve that goal. Hence the second and best known definition of war: "Continuation of political work, which is mixed with other means". Means that are "other" than the non-violent ones: political-diplomatic action, economic and financial pressures, manipulation of information and so on.

Means, goals and will

The political objective of one can, however, be quite different from that of the other. It is therefore the dialectical relationship that is established between opposing ends that determines the real violence of war, its effects. To the relation of forces, which is valid at the level of the comparison of the means used by the adversaries, it is necessary to add the dialectic of wills, at the level of the ends they pursue. In a given war the ratio of forces can be extraordinarily favorable for one, which on paper should allow him to fight and win the war quickly, limiting its intensity. In the relationship between the goals, however, may be those of the other to be extraordinarily more relevant than the objectives of the first. In this case the latter will be in a condition of clear disadvantage in the comparison of wills: the opponent will fight with much greater determination, bearing losses and extraordinarily high costs in order to achieve its purpose. This explains the outcome of wars such as Algeria or Vietnam.

Ultimately, war is always a dynamic sequence of mutual influences and actions: means-end, attack-defense, action and reaction. From the observation of these interactions comes the distinction between war on paper and real wars. When translated into the practice of war, every strategic planning turns out to be more or less inadequate. What Clausewitz defines as "friction" intervenes: the set of resistances, either of the adversary or linked to the different conditions of the environment of the interaction or to the same limits of those who act. Friction is therefore what separates wars on paper from real wars.

Applying theory to practice (in Ukraine)

What does all of this imply in reference to the war in Ukraine?

Putin has taken the initiative to achieve three goals:

The military means put at the service of the achievement of these objectives, in particular the first and the last, up to now have not been adequate for the purpose. The resistance to the Russian action (Clausewitz's attrition) has turned out to be higher than expected. The "narrative" that Putin put forth prior to the aggression proved unfounded: the Ukrainians do not welcome the troops of the "brothers", they fight them, Zelensky does not flee. The Russian forces encountered operational and logistic difficulties, NATO showed itself reasonably cohesive, the economic-financial sanctions weighed heavily and the EU reacted, to the point of ensuring military supplies to Kiev.

There are two consequences, apparently of opposite sign but at a closer look connected and simultaneous, because war is continuation of the political process to which other means, violent means, are mixed:

Putin is in trouble. This is evidenced by the alert order to the nuclear deterrent forces issued just three days after the start of hostilities. It is a negotiating move: he has laid a hand grenade on the negotiating table. He has raised the stakes to intimidate his opponents while strengthening his own negotiating position. From where it has arrived, it can no longer withdraw, on pain of losing its reputation, and not only that, outside and inside its national borders.

The risks now are threefold:

It is the last two risks that appear more immediately worrying. It is a fact that, from now on, the Western side will have to know how to move in the difficult conflictual interaction keeping a cool head and showing great prudence and intelligence. 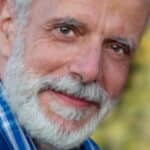 Scientific Advisor of the Centro Studi Machiavelli.
Associate Professor of International Relations at the University of Florence, where he is coordinator of the Master in Leadership and Strategic Analysis, director of the postgraduate course in Intelligence and National Security, director of the Interdepartmental Center for Strategic, International and Entrepreneurial Studies (CSSII) and president of the Degree Course in International Relations and European Studies.
He also teaches or has taught courses at the Italian Air Warfare School, the Carabinieri Officers' School, the Italian Police Force Advanced Training School, and the Italian Higher Institute of Interforce Staff.