Is transhumanism really the enemy?

I gladly take advantage of the hospitality of the Centro Studi Machiavelli, "whose purpose is to promote traditional values and conservative policies", to comment briefly, also in my capacity as national secretary of the Italian Association of Transhumanists, on a recent article by Giulio Montanaro that brings up transhumanism itself in relation to issues such as technocracy, Great Reset, mass unemployment, surveillance capitalism, etc., with respect to which I share the author's concern and hostility.

It is not the first time that I see the same one touching the subject, for example with reference to singularity or accelerationism. And if on social networks the reference to transhumanism for the purpose of "disqualification by association" is flanked by more colorful ones to Satanism, Freemasonry or "communism", the fact that the genetic mutation undergone by the Western Left in the party of oligarchy and stagnation now makes it scarcely usable as a strawman in the polemic against it, makes, at a more noble level, various authors who are not very enthusiastic about the contemporary reality and the accentuation of its negative characteristics pinning on the theme transhumanism almost "speaking to daughter-in-law so that mother-in-law understands".

This undoubtedly seems to me to be done, for example, by my friend Aleksandr Dugin, to whom I am very close in terms of politics, but who in some speeches I have seen singularly and paradoxically align himself with... Francis Fukuyama, the prophet of the last Nietzschean man and of the end of history, in judging transhumanism "the most dangerous idea in the world"!

At the same time, others evidently count to arouse in their audience a yuck factor, precisely by association, with respect to things that have very little to do with the prospect of a posthuman transformation or a technological singularity, but instead concern, for example, the Italian republic's demented, obsessive and failed health policy regarding pandemics, and the instrumentalization of the latter for the purpose of expanding social control measures.

Now, the thesis that I take the liberty of submitting quietly to the audience of the Centro Studi Machiavelli is that perhaps these speeches, especially from the stated point of view of the research center itself, are being made to the wrong daughter-in-law.

While I have never had a problem claiming an identitarian and populist position, I personally don't mind very much, not to say "not at all", to place myself within an axial vision of politics or philosophy defined by poles like "right" and "left", "conservation" and "progress", etc. But while it is correct to note that the (former?) Western left today, far from promoting some "dictatorship of the proletariat," simply hates the proletariat, as indeed it hates the petty bourgeoisie, and represents the political expression of the interests of the strong powers, international bureaucracies, globalist financial circles, and their lobbyists and clerics, it is difficult to see in what way transhumanism would be compromised with the forces in question.

The restructuring of Western society, in its attempt to become planetary and to destroy even within itself the residues of national and popular sovereignty still in existence, converges now declaredly, and even at the theoretical level, not certainly towards the "1984" scenario long feared, but towards the even more disturbing "Brave New World" one, denounced by Aldous Huxley, brother of the inventor of the word "transhumanism", in which every change is forever and deliberately frozen in view of the stability and eternity of a completely stagnant world order, in which the technique itself is perverted to prevent any further transformation and technological development.

Now, in this framework, there is not a single research center, circle, author aligned to this order of ideas, starting with the famous Klaus Schwab, who calls himself transhumanist. And obviously much less can be accused of "transhumanism", Prometheanism, technophilia or Faustian spirit the regressive, ecologist, humanitarian, animalist, degrowthist versions of the same ideology that often serve as an alibi - from Greta Thunberg to Peter Singer to Serge Latouche - for the more concrete and realistic goals of the dominant version.

Conversely, there is not a single research center, circle, author who calls himself transhumanist that sees this kind of involution, which I myself have preconized since the beginning of the century as one of two alternative futures open to our destiny, other than as a terrible misfortune, capable of removing any desirable meaning to our very presence on the planet.

My latest book contains this quote:

The question is>: is man, as man in his nature so far, ready to assume lordship of the planet? If not, what must happen to man in order that he may be able to subdue the earth and thus claim an ancient bequest? Must not man, as he is now, be carried beyond himself to fulfill this task?

And, no, the question is not Schwab's when, as Montanaro reminds us, he wonders if man is "actually ready to face such a change," nor is it some sorcerer's apprentice lurking in the Deep State or in globalist circles; it is Heidegger's, and it is taken from his essay on the meaning of Nietzsche's Zarathustra.

It is no coincidence that the entire dominant culture tends to symmetrically attribute, rightly or wrongly, "right-wing" roots to transhumanism, for various meanings of the term, to the embarrassment of those who are not or do not feel right-wing. The finger is pointed, for example, on the Nietzschean ancestry openly claimed by Max More, one of the major exponents of American transhumanism. The influence of Ayn Rand, Russian exile and prophetess of anti-communism, opposition to statism, and private initiative, is also recalled and even exaggerated.

The cyberpunk, nerd, hacker, "pirate" imaginary, which has also contributed to the creation of the relative mentality, is focused on the opposition to the current or future power of monopolistic corporations and politicians linked to them, power that is clearly perceived and presented as dystopian. In the world of Silicon Valley, the only prominent entrepreneur who claims to be a transhumanist is the founder of "PayPal", Peter Thiel, who... personally funded and supported Trump's election campaign. The leader of the (very marginal) “US Transhumanist Party” is in turn considered in US politics to be "right of center." This is doubly true for the accelerationism of Nick Land, also accused of lending themes to the lunatic fringe of the American far right, and even more so for Jason Reza Jorjani, whose recent Prometheism was published by "Arktos", a publishing house hardly considered pro-establishment in the English-speaking publishing world.

All of these things can be liked or disliked, of course. Some of them I don't like either. But it is singular to see how some people who self-identify with one type or another of right wing consider it a priority to add their voice to that of Jürgen Habermas or Pietro Barcellona who already in 2007 in L'epoca del postumano. Lezione magistrale per il compleanno di Pietro Ingrao (!) took the opportunity to denounce Adriano Scianca's relations with "CasaPound" and to present the writer as smelling of even more sulphurous tendencies. Not that from the point of view of characters with the same Barcelona affiliations our ideas should not raise concerns, of course.

The connection to Italian futurism is obvious, and at least in our country it has been made by everyone. One can discuss whether Faye's "archeofuturism" is right-wing in all senses of the term, but the author certainly does not enjoy unanimous sympathy among the ranks of the regime's intellectuals. On the other hand, Romain d'Aspremont, reviewed by Scianca in the "Primato Nazionale", defines himself as openly right-wing; the same Scianca that we have seen mentioned by the well-known student of Ingrao and that today is the promoter of the initiative "Prometheica: Review of studies on superhumanism, technology and European identity", in which I certainly don't see signatures of people from the Aspen Institute, the Trilateral Commission or even just the Gramsci Institute. And when Sigfrido Ranucci, in a well-known episode of "Report", interviews me about transhumanism, with obvious hostile and denouncing intentions, to intervene with rambling threats against the journalist are neither Mario Monti nor Laura Boldrini nor Romano Prodi, but a militant of the Five Stars Movement (pre-antipopulist conversion), already manager of the Facebook page "5 Stars Transhumanists".

Clearly, there are also transhumanist exponents, groups and currents that remain more linked to authors and experiences traditionally considered "leftist" (in fact, especially to those completely disowned by the contemporary Western left); or even more rarely, some that manifest a dangerous openness and optimism with respect to the system of power in place and its future evolution. This implies, not as of today, the presence of a lively internal debate among various components of this movement. But the point is that not even among these we find any sponsorship or sharing or support for the technocratic drifts that Montanaro denounces and that, in reality, are invariably marked by a yearning for stability, normalization and homologation that represents the exact opposite of the Faustian, transhumanist and futurist spirit. All the more so because, as we can see, in this case by "technicians" we actually mean specialists in financial, propagandistic and bureaucratic "technique", which have very little to do with technoscience.

Even if there were exceptions, the crusading spirit with which the topic is sometimes addressed in certain quarters, without too much indication of what the alternative would be (the "real" technology is essentially dangerous... especially for those who do not have it), seems largely unjustified compared to the willingness and attention sometimes shown to fellow travelers who should be much more embarrassing and alien to those concerned. 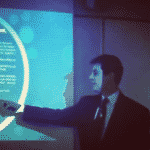 Well-known Milanese professional and university lecturer. He deals with metapolitics since the late '70s. He has collaborated with various newspapers, including "La Padania", "L'Uomo Libero" and "La Gazzetta Ticinese".