With 2021 just concluded, it's time, as usual, to look at the most-read articles over the course of the year. A chance to catch up on those you may have missed. Here is the list of our audience's favorite articles, in ascending order of readings. 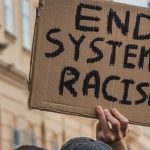 Why Critical Race Theory is dangerous (and Trump wants it banned)

The CRT teaches that a state created by whites would be incompatible with the welfare of blacks. In doing so, it undermines the foundations of U.S. society, in whose liberal and Anglo-Saxon matrices a large part of U.S. citizens no longer recognize themselves. (Marco Malaguti) :::read 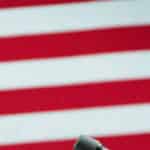 In America, 150 generals denounce Biden: "A Marxist attack on the Republic"

One hundred and fifty retired generals and admirals have issued an open letter denouncing the risk of a Marxist dictatorship in America. In the crosshairs Biden's policies and a bill proposed by the Democrats, which seems packaged to ensure every future election. (Daniele Scalea) :::read 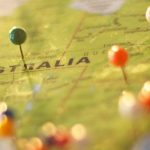 Australians in revolt against health dictatorship

The Australian approach - governing by consensus rather than force - has come to an end after 166 years. On Saturday, August 21, 2021, Australian security forces once again took up arms to suppress an anti-lockdown protest (Gabe Buckley) :::read 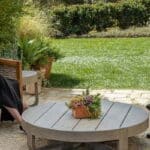 Meghan Markle is just using victimhood, but the race card always wins out

Meghan Markle played the victimhood card because she knows how it is an ever-winning wild card today. Little does it matter that she has stated false things, as demonstrated in this article (Daniele Scalea) :::read 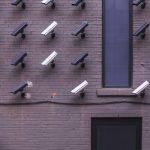 The vaccinal Green Pass compulsory to perform even essential activities opens the way for another Chinese "innovation", after the inauspicious lockdown, ready to land in Italy: the terrifying "social credit system". (Daniele Scalea) :::read 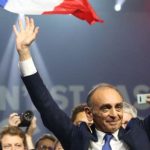 France returns to history. The full speech of Eric Zemmour

Full translation of the speech, given in Villepinte on December 5, with which the writer Éric Zemmour announced his candidacy for the presidency of the French Republic (Eric Zemmour) :::read 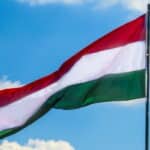 What exactly says the highly contested Hungarian "anti-Lgbtq law", as it has been branded by the progressive media? Reading it, one discovers that the provisions are not only lawful, but even justified, because they guarantee the rights of parents over the upbringing of their children. (Daniele Scalea) :::read 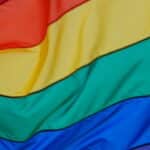 Feminists, liberals, radicals, communists, celebrities. Men and women put in the minority in their environment but evidently, in their own small way, still deeply free. The object of contention is the Zan Bill. From Cacciari to Canalis, from Rizzo to Comencini, those who criticize the bill (Luca Marcolivio) :::read 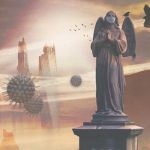 From health terrorism to military rule: is a dictatorship in the making?

In "Theory of Dictatorship," Onfray lays out how a dictatorship can be established today in seven steps: "Destroy freedom, impoverish language, abolish truth, suppress history, deny nature, propagate hatred, aspire to Empire." Are we on that path? (Silvio Pittori) :::read 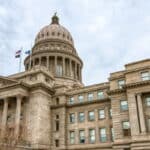 When it was the communists who attacked the US Capitol

Had nothing like this ever really happened? Never had the "sacredness" of the building that houses the Congress been violated? Never ... except for all the other times it had happened - by left-wing extremists. (Daniele Scalea) :::read

Once again this past year, the Centro Studi Machiavelli published a series of dossiers and reports to explore issues, mobilize public opinion and direct policymakers. Here is what was the most widely read of the year. 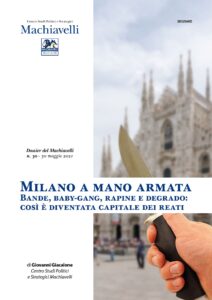 Armed Milan. Gangs, baby-gangs, robberies and degradation: this is how Milan has become the capital of crime.

Milan has been the capital of crime in Italy for years and the situation seems destined to deteriorate further in the course of 2021. In this Dossier of the Machiavelli our researcher Giovanni Giacalone analyzes the phenomena that make the capital of Lombardy so plagued by crime: gangs (mainly pandillas of Latin Americans), baby-gangs, robberies, squatting and degradation. :::read

We conclude this review by re-proposing our most viewed video of the past year. Enjoy!

If you want to find out which articles have been the most read in the past years, you can click here for 2020 and here for 2019.

We're already ready to bring you lots of new articles, reports, and videos in the 2022 just beginning, but we need your help: DONATE NOW to support the activities of the Centro Studi Machiavelli.

And if you don't want to miss even one of our articles or videos in the new year, subscribe to our newsletter [click here].