Draghi and Giavazzi want the "MES cure" for Italy

What Draghi and Macron wrote

Prime Minister Draghi and French President Macron issued a joint statement in the "Financial Times" on December 23 (The EU’s fiscal rules must be reformed if we are to secure the recovery); the text of the speech, with translation in Italian, is easily available on the institutional site of the government.

The paper lays claim to Europe's success in the covid-19 crisis and emphasizes the need for an "EU growth strategy for the coming decade", that "we must be ready to implement it through common investments, better rules, and better coordination, not just during crises". To this end, it is necessary to review the EU's budgetary rules that are considered to be "too opaque and overly complex. They have limited the scope for government action during crises and overburdened monetary policy with responsibility.".

In this framework "the new proposals will merit a thorough discussion, unclouded by ideology, with the goal of serving the best interests of the EU as a whole." What is surprising is the presence on the government site, at that point, of a link to the document Revising the European Fiscal Framework compiled by Francesco Giavazzi, professor and government advisor, V. Guerrieri, G. Lorenzoni, C.-H. Weymuller.

The paper linked in the page of the article in the "Financial Times" does not seem to have attracted the slightest attention; quite unfairly in the opinion of the writer, given that it sets out a proposal with a significant degree of detail.

The document proposes a strategy for revising European rules based on two pillars.

The first pillar, which justifies the ostentatious optimism of the intervention, is constituted by the overcoming of the current (obsolete and by now impracticable) mechanism, dictated by the Stability and Growth Pact and the Fiscal Compact, which foresees a deficit/GDP ceiling of 3% and the reduction of one twentieth per year of debt/GDP above 60%. The proposal instead sees a limitation of the growth of public spending within a ceiling and a reduction in debt as a ratio of debt to GDP over ten years at a variable rate linked to the type of debt, with a slower rate if it is "good" debt, understood as investment spending, without prejudice to the long-term objective of 60%. In order to determine which are the investments "for the future"deserving of favorable treatment, the paper refers to the program "Next Generation" with associated controls and conditions.

The second pillar of the project is the constitution of a European agency for debt management (European Debt Management Agency) which would purchase part of the debt of individual countries - it is assumed that created by the covid crisis (for Italy estimated at 19% of total debt) - from the European Central Bank which now holds it. The Agency would keep the percentage of public debt held unchanged over time, assigning each country a cost based on the rate paid for supply on financial markets and the economic growth of the individual country.

The document highlights the reduction of costs, in terms of the rate paid, for the participating States, the advantage for the management of the Central Bank as well as the creation of a large market for European risk-free securities.

Is the ESM going back in through the window?

This second pillar, even at first reading, raises some doubts, starting with the "European Debt Management Agency" which, it is claimed, could be identified with the ESM (European Stability Mechanism).

At present, the ESM is de facto inactive, limiting itself to following the recovery of what has been lent; not even the pandemic crisis has led governments to ask for its intervention despite the low rates offered, well aware of the treatment inflicted on Greece.

Beyond the "job opportunity" offered to the ESM, its choice, even if nothing is said in the paper, is supported by the fact that only part of the capital of the ESM itself has actually been called and therefore the individual States could be asked to pay the missing amount (for Italy about € 111 billion) to finance the initial purchase by the ESM of the debt from the ECB.

Why it is not a good idea

The consequence would be additional expense to our country just to move debt from one entity to another.

The paper also forgets to write that currently the interest on securities held under the various programs of the European Central Bank goes to the issuing countries through their national central banks. Therefore, the low rate to be paid on the securities object of the operation described is, however, a burden on the public budget.

Who would buy the securities issued by the ESM on the financial markets? To a large extent the ECB itself which, however, could claim to hold securities of a supranational issuer rather than securities of individual countries.

It should also be remembered that the statute of the ESM provides for conditionality for debtors and the modification of the statute itself, which is still in progress, does not reassure at all about this aspect.

In conclusion, this is a very structured proposal that should be analyzed in detail without limiting itself to apodictic statements about "good debt". 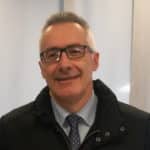